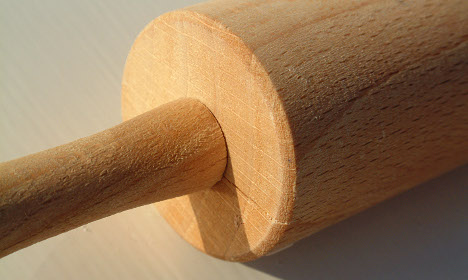 The suspect from the town of Saint-Laurent-du-Var, in his fifties, had been in a relationship with the victim for the last several months.

Friday around midnight, the baker waited for his girlfriend, also in her fifties, at her home and proceeded to assault her with the rolling pin, before forcefully putting her into his car, according to prosecutors.

After evading motorists who had spotted the victim trying to escape from the vehicle, the baker was accused of leaving his badly wounded girlfriend in front of a clinic.

He was arrested when police found him hiding out at his mother's house, according to prosecutors.

The baker was placed under investigation for attempted murder and kidnapping. The victim, meanwhile, is in stable condition, and was able to speak with investigators.