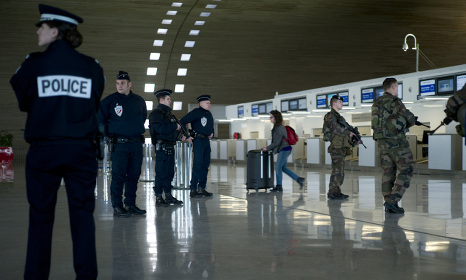 The 33-year-old called the regional airport of Bordeaux-Merignac in
southwestern France on Thursday and told authorities “there is a bomb.”

Police immediately sealed off part of the airport to conduct searches.
The man was arrested some 20 kilometres (12 miles) away from Bordeaux and taken into custody.

Under police questioning, he admitted calling in the bomb alert and
explained he wanted to delay his girlfriend's flight because she was stuck in traffic.

He is due to appear in court in Bordeaux.