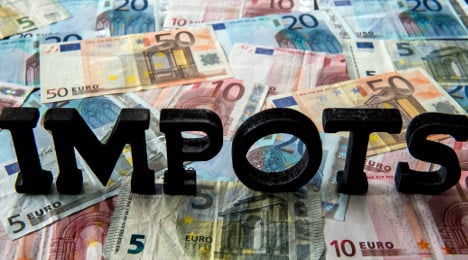 The French government announced on Wednesday that it will look to overhaul the country’s income tax system which will see les impots sur le revenue deducted automatically at source in future rather than after the annual declarations.

But is it really the best way to go?

For anyone who detests the annual rigmarole of filling out your French tax declaration then this week’s announcement by the French government will me music to their ears.

Government spokesman Stephane Le Foll said on Wednesday that the government plans to scrap the current system and move towards taxing income at source – in other words do what most developed nations do.

Although previous government's have mooted a similar idea before, the question of whether France should finally catch up with the rest of the developed world seems like a no-brainer. 1.    A change would mean not only an end to the annual form-filling but also an end to having to save up throughout the year to ensure you have enough in the bank account to cover the tax bill that normally arrives the following September.

2.   That could also have psychological benefits as tax payers feel less resentful for having to hand over cash to the tax man in lump sums for the previous year’s hard slog.

3.   One other advantage of ditching the current system, a move which would no doubt be rejoiced by many bureaucracy-phobic expats in France, is that if an employee loses their job and ends up earning less, then their taxes are automatically adjusted rather than the following year.

4.  Any change in circumstances such as marriages or births of children can also be automatically and quickly taken into account by the tax man.

5.   In 2007 a report noted the payment of taxes in “real time” will benefit the government because it will see the benefit of any changes in tax laws immediately rather than in the following year.

6.   The same report also pointed out that another advantage for the government would be that it could more easily adapt to economic conditions and it would also limit the amount of tax fraud. Although the arguments for changing the system stack up there are plenty of downsides to overhauling it.

1. Firstly a 2012 report noted that the annual declaration is no longer such a painful ordeal.

Some 90 percent of tax payers are sent there forms already filled out and all they need to do is pretty much sign it and send back.

Plus the system has been made easier with the fact that most tax payers now fill out their forms online and many have signed up to a system whereby they pay in monthly or three yearly installments rather than in one lump sum.

2. There’s also the fact that many employees in France prefer the current system because it allows them to keep certain things private from their companies.

“Many employees will not like the fact that their companies will have access to personal information, whether they have second incomes, their household income or whether there has been a change in their personal life etc,” said French tax expert Patrick Delas, from Russell-Cooke in London.

Many fear that if the employer knew the personal situation of workers it may influence the company's wage policies.

3.    It’s doubtful businesses will be too happy with being tasked to deduct taxes at source either with Delas saying this will lead to a much increased work load for admin offices.

4.   A report by France's Council of Obligatory Decuctions (CPO) also suggested that a change will hardly bring in more money for the French tax man and it would even cost the state billions to change the system.

5.  There’s also the problem of the transition. It could lead to tax payers being asked to pay up for the previous year’s earnings at the same time as seeing tax deducted in the current year.

“The major problem will arise when it comes to changing the system,” said Michel Taly from Arsene Taxand in Paris. “Because to stop people from paying twice, it will have to skip a year. How can this be implemented without causing injustice to anyone?

“For anyone whose income is stable, there won’t be a problem, but for the others? It will be naturally be better for them if we skipped the year in which they earned the most. Smoothing things out will naturally require complex solutions.

“Overall I would say that if France passes to a system where by income is taxed at the source, the disadvantages would outweigh the advantages,” Taly concluded.

What about you: How would you prefer to pay your taxes?