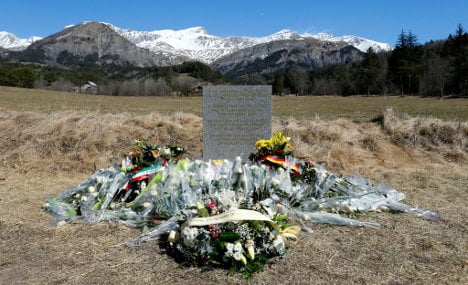 Experts have taken over six weeks to painstakingly match DNA found at the crash site to that provided by the victims' families.

“The 150 death certificates can now be signed, as well as the 150 burial permits,” said Marseille city prosecutor Brice Robin in a statement.

The Germanwings Airbus 320 crashed in the French Alps on March 24th en route from Barcelona to Duesseldorf.

Investigations have revealed that 27-year-old co-pilot Andreas Lubitz, who had a history of severe depression, had purposefully downed the plane.

France's BEA civil aviation investigators said Lubitz had even “rehearsed” changing the data settings to send the plane from a cruising altitude of 11,600 metres (38,000 feet) to 100 feet, on the outbound flight to Barcelona.

On the return leg, Lubitz locked the cockpit door after the pilot left to go to the toilet and then put the plane into a steep descent.

Air traffic controllers in the southern French city of Marseille called the plane 11 times and the air force also tried but without response.

The cockpit recorder revealed the pilot's frantic efforts to re-enter the cockpit which is protected by a heavily re-inforced door to prevent hijackings.

The crash has cast a spotlight on how pilots' medical conditions are tracked, as well as on cockpit door locking systems and cockpit access and exit procedures.

Following the crash, several countries announced they would insist on having two people in the cockpit at all times — a rule which is already standard in the United States.

The final investigation report is expected in a year's time.