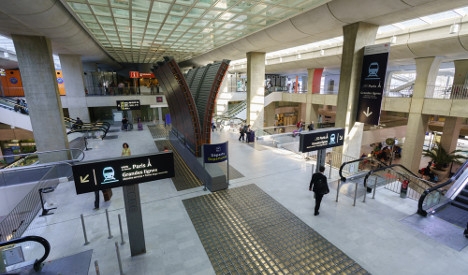 By buying the tickets online, easyBus said the first 26,000 tickets would go for just €2 per head – more than 80 percent cheaper than the current bus and train links.

The buses will make around 80 journeys a day, with the first bus of the day scheduled to depart from Palais Royal/Louvre at 5:45 am and the last bus set to leave from Terminal 2 of the airport at 1am.

A one-way ride will take around 45 minutes to one hour.

Once the super-cheap tickets have been sold out, easyBus vows to stay the less costly airport shuttle option operating at the airport, but said the price will vary depending on what time of the day people catch the bus.

But the news will no doubt come as a relief for many travellers caught up in the strikes that regularly hit the RER service.

The Charles de Gaulle aiport – Paris route is easyBus’s first service in continental Europe and is launched in partnership with SARL Chamexpress.

When announcing the launch last month, Stelios Haji-Ioannou, president of the “easy” brand that also includes the budget airline EasyJet, said the service would encourage more tourism to the city.

“Paris is often considered as an expensive city to visit. By providing airport transfers of excellent value throughout the year, easyBus will help its travellers to go the extra mile with their euros – which means more chances to benefit from what this big city has to offer.

“I’m convinced that we can make a big impact on Paris as a popular tourist destination,” he said at the time.