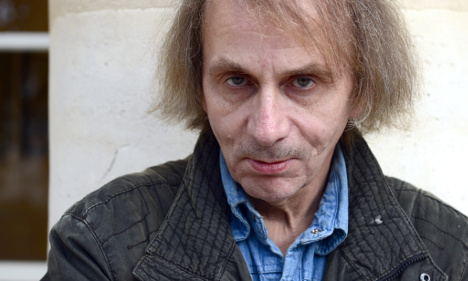 Houellebecq's drama “Elementary Particles” (“Les Particules elementaires”)
was to have been staged at this year's Dubrovnik Summer Festival.

But in a statement organisers said the play had been cancelled “after the
interior ministry assessed that its playing would present a security risk”.

The assessment had been made following a request by the Dubrovnik regional
authorities, it added.

Croatian artists, however, condemned the decision as “scandalous”.

But she added that the “play is not dealing with religious issues but
rather with the crisis of Western liberal societies in the context of love and
relations between a man and a woman”.

The Dubrovnik county head Nikola Dobroslavic said he sought a security
assessment because “we were warned that he (Houellebecq) was controversial
and was making insulting comments about Islam”.

“We did not want to accept or finance a programme that might offend our
fellow-citizens,” he was quoted as saying by the state-run HINA news agency.

Houellebecq's latest book “Submission”, which imagines a Muslim-governed
France in 2022, was released in France in January.
The novel provoked a fiery debate, with critics accusing the
controversy-courting author of stirring up Islamophobia and helping the cause
of France's far-right National Front.

In 2001, Houellebecq prompted outrage by stating in an interview that “the
most stupid religion is, let's face it, Islam”.

Almost 90 percent of Croatia's 4.2 million population are Catholics. Muslims account for around 1.5 percent.