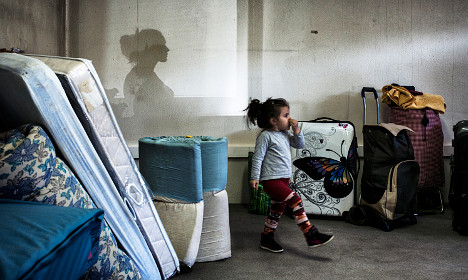 A girl walks among bags and mattresses at a temporary migrant settlement in Decines. Photo: AFP

Russians made up the largest group awarded protection status with 2,080 positive decisions, or 10.1 percent of the total. France also welcomed 2,015 Syrians and 1,685 people from Sri Lanka.

France rejected 78 percent of applicants in the first instance, with just 14,815 people out of a total 68,500 given protection status. A further 5,825 people were granted asylum on appeal.

More than 750,000 people have received asylum in the European Union since 2008, with Germany and Sweden consistently taking in more asylum seekers than any other countries.