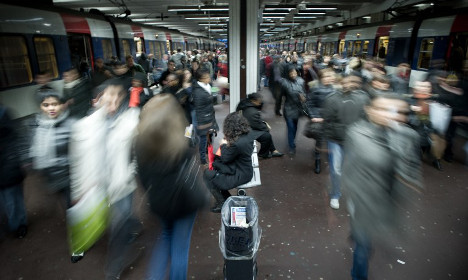 Passengers at the ever-busy Gare du Nord in Paris. Photo: AFP
"Towards the end of the morning, a passenger heading for Britain tried to catch a train with a World War I or World War II shell in his bag," a
spokesperson for national rail firm SNCF said.
"Bomb disposal experts had to be called in and all the passengers were evacuated" from the main hall at the Gare du Nord, which services international departures and arrivals and long-distance domestic trains.
Adding to the traffic problems were two separate incidents near the Gare du Nord — an electrical fire on a nearby building site and passengers on the track.
Traffic was slowly returning to normal, the SNCF official told AFP.