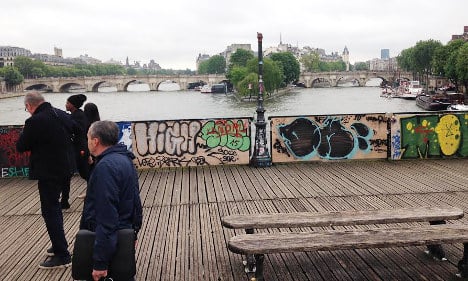 The famous Pont des Arts, which forms part of an Unesco World Heritage site along the River Seine in the heart of Paris, was once the romantic heart of Paris. Now it lies in a sorry state.

In a bid to tackle the love locks craze that ended up damaging the green metal railings, authorities in Paris placed wooden boards across the entire length of the bridge.

But those boards have just become a sketch pad for the city's graffiti artists – making the bridge a paling comparison to the tourist hotspot it once was.

Of course the love locks problem is not confined to the Pont des Arts, in total 11 bridges along the Seine have locks attached to some part of them.

The bridges over the Canal St Martin – made famous in the movie Amelie – are also getting an unhealthy coating of metal as are the railings of the Eiffel Tower. Paris-based American Lisa Anselmo, who along with Lisa Taylor Huff set up the No Love Locks campaign under the slogan “Free your Love, Save our Bridges”, is exasperated by the vandalism that has seen the famous bridges fall into a state of decay.

“It’s shocking. The Pont des Arts has become ground zero for vandalism and its being left to decay. We’ve been warning this would happen for a year and a half," she told The Local.

The Town Hall realised there was a problem with parts of the railings collapsing under the weight of the metal locks. Mayor Anne Hidalgo has vowed to tackle the problem but has so far refused to ban the locks.

Last year a poster campaign to encourage loved-up tourists to take selfies and post them online rather than lock their love to a bridge has failed to ease the problem.

“Basically the wooden boards were put up because they can’t afford to replace the panels all the time," said Anselmo. “The new tourist season is approaching but it looks so much worse than it did one year ago.

“They told us the wooden panels were temporary but they’ve been there for a year. Mayor Anne Hidalgo has said she wants to clean up the city but why doesn’t she start here?"

The Town Hall also tested putting up glass panels which was accepted as a good idea in the short term even if they also attracted the city’s graffiti artists.

“There’s little you can do to change the mentality of people who want to vandalise things,” said Anselmo. “It’s ugly – the bridge is left to decay sends a negative message to all Parisians. The campaigners don’t see why the authorities in Paris can’t use the law to crackdown on those who attach a padlock to a bridge, the same way they do for dog owners who let their mutts leave behind a pavement present for all Parisians to step in, or smokers who throw their butts on the street.

Couldn’t Paris police start handing on the spot fines to the “love vandals”?

“The only way the city is going to get a handle on this is to ban it,” said Anselmo. “They need to start fining people but I think they are afraid to come across as unwelcoming to tourists," she said.

The problem for authorities and those who are battling against the love locks is that tourists visiting Paris don’t seem to be growing tired of attaching a padlock to the bridge or more likely attaching it to someone’s else’s lock.

Asked last year by The Local why she was attaching her padlock to a bridge over the Seine, an Australian tourist named Gemma said: "It is part of the whole Paris experience, the whole city has a romantic vibe. It’s a really cute way of showing your love, much more than taking pictures."

She was one of a number of tourists The Local spoke to, whose advice to Paris authorities was basically, 'they should strengthen their bridges so they can support our love". Actually it's a phenomenon that seems to be spreading, according to Anselmo.

"We are being contacted by people from other cities around the world saying they are seeing the same problem spring up there,” she said.

“It seems to be this psyche of 'It’s all about me, me, me'. How do they even think it’s romantic at all? It’s so ugly. A world heritage site in Paris has been eaten alive by people’s egos. It’s a sickness.”

A spokesperson from Paris Town Hall told The Local that an end was in sight, however.

"At the beginning of her mandate, Anne Hidaldo expressed her willingness to put an end on the hanging of locks on the bridges of Paris," they said.

"Not only is this phenomenon degrading to heritage of Paris, but it also poses security risks as the combined weight is beginning to drag down the metal grills on the sides of the bridges."
"Our aim is to put an end to the locks by the end of 2015."
"The end of the lock phenomenon will coincide with the end of the temporary wooden boards that have attracted the graffiti."
For more information about Lisa's No Love Locks campaign, visit her website by clicking here or check out her Facebook page here. 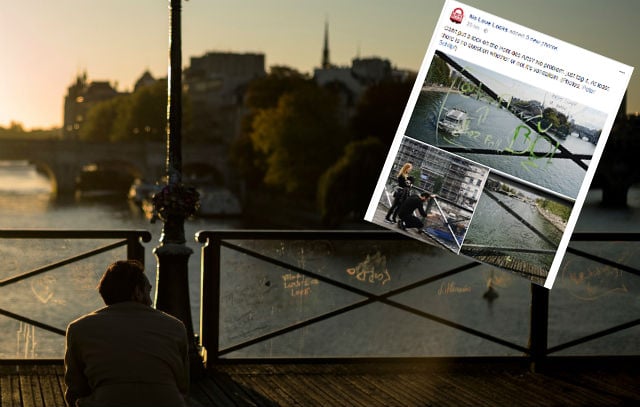 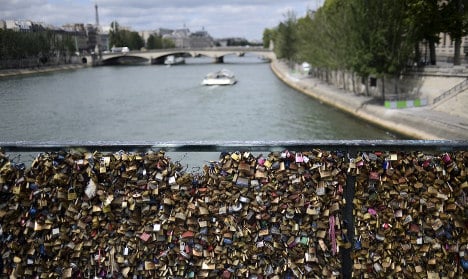