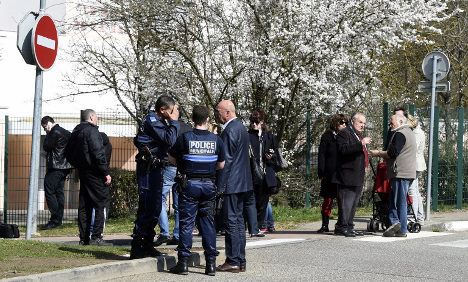 France's education and justice ministers announced the creation of the law on Monday, just a month after the country was rocked by revelations that several convicted paedophiles had been employed as teachers.

The most high-profile case was that of a headteacher at a school in south east France, who confessed to having tricked blindfolded pupils into performing oral sex on him during a workshop on experiencing new tastes.

Two children aged six had brought up the assault with their parents, and the revelations prompted a further nine students to come forward.

The school's supervisor said there was no official documents alerting the school to the fact that he had such a sinister past.

On Thursday Education Minister Najat-Vallaud Belkacem and Justice Minister Christiane Taubira said a new law would be passed ensuring that the courts must make education authorities aware of those staff who have been convicted of sex-offences.

The move will allow education authorities and other bodies to launch disciplinary proceedings against those convicted.

The law will presented to a parliamentary vote later this summer.

France's schools system has been plagued in recent months by fresh revelations about sex offenders working in schools.

In March, the education minister was forced to admit that as many as 16 teachers had to be dismissed last year after it was discovered they had previous convictions for paedophilia.

Another notable case was from the western city of Rennes, where a sports teacher was found to have had a 2006 conviction for holding images of child pornography. He was suspended immediately.

Education Minister Najat-Vallaud Belkacem, pictured below, explained in March that the case of the head teacher in Villefontaine prompted others to speak up.