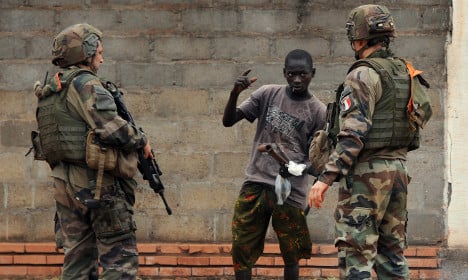 Authorities in France are investigating claims that French peacekeepers sexually abused children in the Central African Republic, the government confirmed on Wednesday.

The French government "was made aware at the end of July 2014 by the UN's high commission for human rights of accusations by children that they had been sexually abused by French soldiers," the defence ministry said in a statement.

An investigation was opened shortly after by Paris prosecutors, it said.

"The defence ministry has taken and will take the necessary measures to allow the truth to be found," the statement added.

"If the facts are proven, the strongest penalties will be imposed on those responsible for what would be an intolerable attack on soldiers' values."

The statement came after revelations in the Guardian newspaper based on an internal UN report entitled Sexual Abuse on Children by International Armed Forces.

The leaked report detailed the rape and sodomy of starving and homeless boys by French peacekeeping troops. Some were as young as nine and many were orphans.

The troops were supposed to be protecting the children at a centre for internally displaced people in the country’s capital Bangui.

The report, stamped confidential on each page, was handed to the Guardian newspaper and has led to the suspension of a senior UN aid worker, who is believed to be behind the leak.

The whistleblower named Anders Kompass, a Swedish national based in Geneva, is believed to have passed the report on to French authorities after growing frustrated that the UN had proved powerless to stop the ongoing abuse.

It is believed French military authorities visited Bangui to investigate the allegations of abuses that were said to have taken place in 2014.

Kompass stands accused of leaking the UN report and breaching protocols. He was suspended from his post last week, the Guardian reports.

The Guardian was handed the internal report by Paula Donovan, from the organisation Aids Free World.

Donovan is now demanding an independent inquiry into the abuse and the UN’s handling of the allegations.

“The regular sex abuse by peacekeeping personnel uncovered here and the United Nations’ appalling disregard for victims are stomach-turning, but the awful truth is that this isn’t uncommon,” she told The Guardian.

France announced in March that it was reducing its troop numbers in the Central African Republic as it gradually hands over to a 8,500-strong UN peacekeeping force brought in to contain a deadly sectarian conflict.

France's Operation Sangaris that began in 2013 will be reorganised around two zones — one between the capital Bangui and the central town of Bambari and the other around Kaga Bandoro and Ndele further north — with the UN mission MINUSCA taking over almost all the responsibility in the east, Jaron said.

France will continue to provide support to the UN as it tackles ex-Seleka extremists, he said.

The Local has requested France’s ministry of defence respond to the allegations in the report and we have also contacted Anders Kompass. 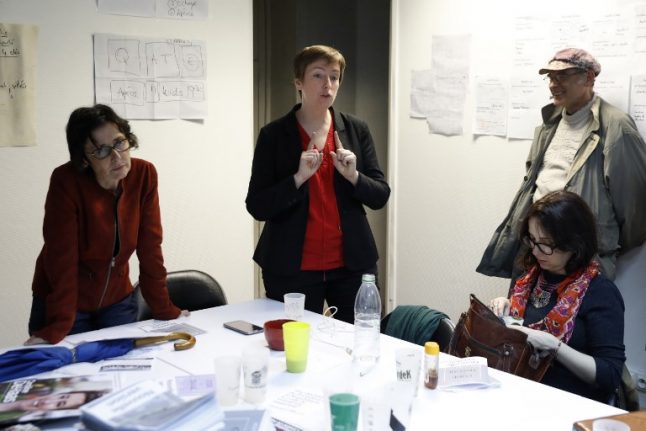