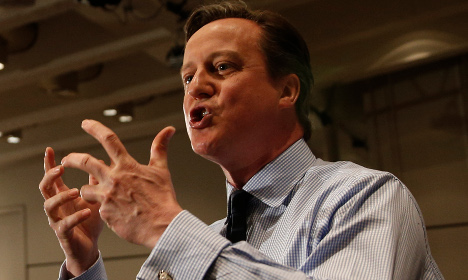 Dave, Nick and even "Ed the red" are failing to grab the attention of the French public. Photo: AFP

With just two weeks to go before Britons head to the polls to elect their new government it’s fair to say the battle for Westminster is hardly gripping France.

And that’s even with a “Brexit” (the UK waving bye bye to the EU)  becoming a real possibility if PM David Cameron’s Conservative party wins power.

While there has been coverage of the election build up in the French media it's failed to make major headlines, although one French journalist writing in Le point did refer to it as “the most important election in the UK for a century”.

There has been talk of how the Scots may hold the key to Downing Street and an explanation of all the parties involved using Game of Thrones. But on the whole les législatives britanniques are failing to spike the interest of those on this side of the English Channel.

That was in stark contrast to the 2012 presidential battle between bitter foes Nicolas Sarkozy and François Hollande which regularly made the headlines in the British press, apart perhaps from the Daily Star.

In 2012 Philippe Marliere, professor of French and European politics at University College London was inundated with calls from the British press for opinion and analysis on Sarko v Hollande, but the calls have not come in from the French press, like they once did.

“In terms of foreign elections, the most important to the French would be the US election and then the German one, due to the historical connection between the two countries,” says Marliere.

But with a victory for the Tory party meaning an in/out referendum on Britain and the EU, you would think the French would be getting a little bit more flustered about the outcome.

A European-wide poll, published last September revealed a majority of French people believe Britain should be booted out of the EU, rather than have its concerns taken into account by Brussels.

It appears that years of Eurosceptic discourse drifting across the Channel have left the French apathetic and a British exit from the EU would probably just be greeted by a classic Gallic shrug and the odd “Bof!”

“For the French the British have always been an awkward partner in the EU or not even serious partners, because they never entered the eurozone,” says Marliere. “The UK never really committed to the project.

“The French will probably think, well if that’s what they want, then so be it.”

Another reason that could explain the imbalance in interest on both sides of the English Channel is the personalities and political parties involved. France’s presidential election is based only the personalities of those involved.

When the likes of Nicolas “Bling Bling, Casse toi pauvre con, husband of the pop star/model” Sarkozy goes up against François “Flanby (caramel custard), I hate finance and love the 75 percent tax” Hollande and also Marine “close the borders” Le Pen, then the interest is bound to be higher than the curiosity generated by Dave vs Ed vs Nick vs Nicola, vs Nigel and a few others.

“The French presidential election is special, it’s about personalities, where as in the UK it’s about parties,” said Marliere.

“Having said that there was much more French interest in the UK election when figures like Margaret Thatcher and Tony Blair were around.

“I haven’t been contacted by the French press for interviews yet, but when Blair was running I would have dozens lined up.

“Cameron and Miliband are not really exciting political figures.”

'UK parties seen as pretty much the same'

Another factor that stunts Gallic interest is that these days, most French don’t tend to see much difference between the policies of the centre-right Tory party and the centre-left Labour.

While France still (just about) has a left and a right and an extreme right and an extreme left, the leaders of which, especially the National Front’s Le Pen, can expect to garner a significant amount of votes in the presidential election, British political parties are all fighting over the centre ground.

“Both parties in the UK are pretty much for the same free-market liberal economies and the French don’t really see much difference,” says Marliere.

Royal family and football vs everything Gallic

But maybe it has nothing to do with politics, personalities or potential “Brexits” at all and it simply comes down to the fact that the French are just not as obsessed with all things British as the Brits are with them.

Each and every day the British press will be filled with stories about France.

Whether it’s the usual French-bashing of some of the tabloids and right-wing press about the knackered economy or crumbling welfare state or the gushing admiration of some aspect of La Belle Vie in La Belle France, be it the wine, the gastronomy, the healthcare, the quiet life in picturesque rural France or it could just be about a row over a giant butt plug erected in the heart of wealthy Paris.

But apart from perhaps the Royal family, rock music and Premiership football there’s not much about UK culture that really grabs the attention of the French.

They are much more likely to look across the Rhine to Germany, or across the Alps to Italy or even over the Pyrenees to Spain as a reference.

“The Brits tend to be extreme in their views of France, they either love it or hate it. But the French are often just not that bothered about the British,” says Marliere. 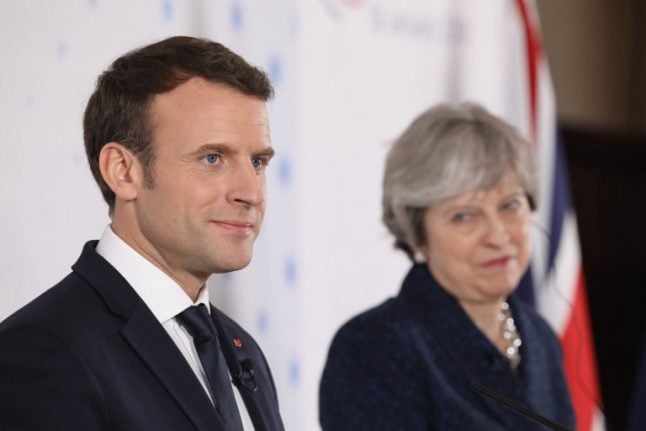