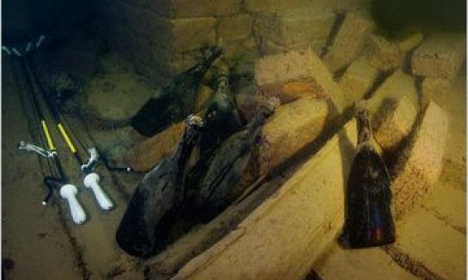 Photo: Alex Dawson/Government of the Åland Islands
The latest analysis of a few of the 168 bottles found in 2010 on the floor of the Baltic Sea shows it was three times sweeter than modern bubbly, and suggests that the cool, dark ocean might make an ideal storage cellar, said the research published in the Proceedings of the National Academy of Sciences, a peer-reviewed US journal.
"After 170 years of deep sea aging in close-to-perfect conditions, these sleeping champagne bottles awoke to tell us a chapter of the story of winemaking," said the study, led by French researchers.
While the labels were long gone by the time the bottles were discovered, researchers have traced them to well-known champagne-makers Veuve Clicquot Ponsardin (VCP), Heidsieck and Juglar, based on markings on the corks.
The bottles contain what is likely the oldest champagne ever tasted.
"Possibly the most striking feature of the Baltic champagne samples is their extraordinarily high sugar content," said the study led by Philippe Jeandet, a professor in the Faculty of Sciences, University of Reims.
That sweetness may have come from a grape syrup that was added before corking, the study said.
The bottles contained about 140 grams of sugar per liter, about triple the amount typically seen in modern times. Often, champagne today contains no added sugar at all.
Not for Russia?
The sweetness level was high compared to today's taste, but not for the era.
Ever since the bottles were discovered deep in the Baltic Sea off the coast of Finland, many have surmised that the shipment was headed to Russia.
But correspondence from the era between Madame Clicquot and her agent in Saint Petersburg shows that the Russian market had a preference for very sweet wine, containing 300 grams of sugar per liter.
People there liked sweet drinks so much, it was customary for diners to add spoonfuls of sugar to their wine at the table, researchers said.
"Thus, the relatively low levels of the shipwrecked bottles, less than 150g/L, suggest that they might instead have been headed for the customers in the Germanic Confederation," said the study.
Ideal storage
Scientists have also found "unexpectedly high" levels of iron and copper in the old samples, when compared to modern champagne.
Copper sulfate was used at the time to protect against fungal diseases in grapevines. The iron may have come from nails that were used in the wood barrels that contained the champagne.
Even after nearly two centuries, the champagne did not go bad.
"We are often led to believe that hygiene is a modern concept, so it was inspiring to realize that the 170-year-old champagne samples presented very low concentrations of acetic acid, a sign of wine spoilage," said the study.
The findings also suggest that the cool, dark conditions in the deep sea might be ideal for champagne storage, researchers said.
Scientists savored some of the champagne to examine the all-important question of taste, and found that the practice of swirling the liquid in the glass really did improve the flavor.
"At first, the Baltic samples were described using terms such as 'animal notes,' 'wet hair,' 'reduction,' and sometimes 'cheesy,'" said the study, explaining that these flavors could result from fermentation and the lack of oxygen at the sea floor.
"Upon swirling the wine in the glass to oxygenate it, the aroma became far more pleasant, with the main aromas described as empyreumatic, grilled, spicy, smoky, and leathery, together with fruity and floral notes."
A bottle of the champagne sold at auction in 2012 for €15,000 ($18,600).
In 2011 a bottle of Veuve Clicquot raised from the same shipwreck was auctioned for a record-setting €30,000. 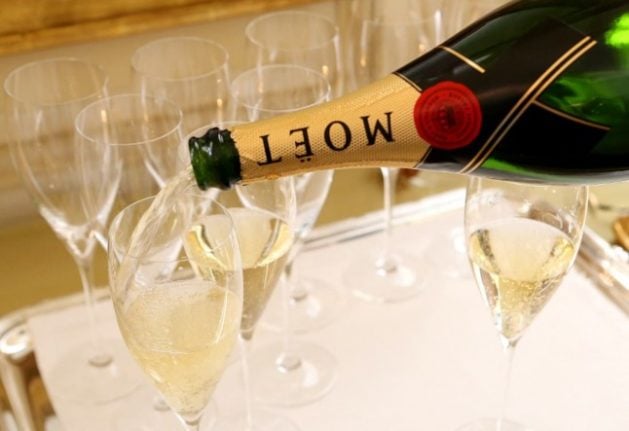