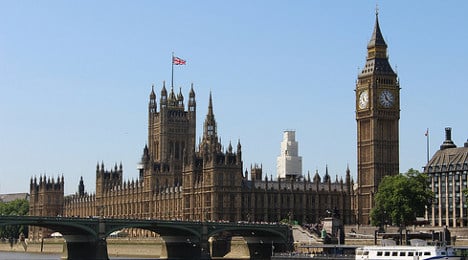 British expats who have spent years in France lose their right to have a say in who sits in the Houses of Parliament. Photo: Hagwall/Flickr

Tens of thousands of expats living in France and around the world are unable to perform a fundamental right – vote in the national elections in the country where they were born.

Unlike French expats who hold on to their right to vote no matter where they live, Brits and Irish nationals lose it if they stay abroad for a certain amount of time.

One of those who has seen his fundamental right disappear is Brian Cave, who lives in Gourdon, a town in the Lot, south-western France. Cave can no longer vote in UK national elections because he fell foul of the British rule that takes away voting rights from its citizens if they have been abroad for 15 years or more.

In Ireland the law is even more severe, with voters having to forgo their right to cast a ballot if they intend to stay away for 18 months.

Cave has been one of the leaders of the battle to get the UK to drop its controversial 15-year rule. Here, he tells The Local why, even after having lived in France for so many years, he deserves the right to vote back home.

"My state pension also comes from Britain, in fact every income I receive comes from the UK, which is why I should have the vote."

Cave, who is the author of the blog Pensioners Debout! (Stand Up Pensioners!) says his desire to retain the vote in the UK is not just motivated by financial reasons.

“I also have two children in Britain and grandchildren in British schools. The British government through the EU supports my health care in France. So I am affected by any treaty arrangements between the EU, France and the UK.

“Culturally I am British. I am very interested in how Britain acts in the world and who it decides to go to war with. I am tied up with Britain in every way and therefore should have the right to vote. The British government acts in my name but I don’t have a say in who it is."

The campaigner is angered at Britain's stance that if you leave and don't come back then don't expect to hold on to you rights.

"The government is not interested in me and my life," he says. "There is an attitude that once you have left the ship, you lose the right to a say in what happens to it.

“A member of the House of Lords once said to me: ‘What have you got to do with Britain, you are no longer part of the economy.’ I said: 'I bloody well am!'.”

Not just elections but referendums

It is not just general elections that thousands of Brits in France will be barred from taking part in. One of the key votes that could really impinge on their lives is a referendum on Britain’s membership of the EU, which Prime Minister David Cameron has promised to hold if his Tory party wins the 2015 general election.

“If there’s a referendum about Britain’s membership of the EU, then I won’t be able to vote.  So many of our expats are laid back, they just don’t care about it. Only last week I was talking to people who say it won’t happen, but of course it could happen. We can’t just sit back and say it will all be OK. If we came out of the EU it would be a disaster. The British government could freeze pensions. We might need to get work permits just to work in France one day.

“We have to try to wake up the expats in France to this issue. There are 60,000 British pensioners living here, but a petition calling for us to get the vote has only garnered 3,000 signatures. It’s not just pensioners either, there are thousands of people in France who will soon be disenfranchised."

Cave and fellow campaigners for the vote are also calling on the UK to adopt the French system whereby expats living outside France are represented by their own MPs.

“That’s what we eventually want,” says Cave, “but let's take it one step at a time.”

It is not just Brits of course who are left disenfranchised. Noreen Bowden has been leading the campaign for Ireland to change its laws on barring expats from voting. She is equally angry at being denied a fundamental right.

"It is particularly ironic, and even sad, that Ireland, which tends to rely so heavily on its citizens abroad for support during times of economic distress, should take the hardest line in Europe on votes for its emigrants," she told The Local.

"Compare it to a nation like France, which takes the voices of its overseas citizens seriously by enabling them not only to vote but also to elect their own MP."

Earlier this month, The Local highlighted the campaign to give EU expats the right to vote in their country of residence. It's a fight that Cave is also backing.

“If any government involves themselves in your life whether it’s socially, culturally or financially, then you should be able to have a say in who exactly is governing you," he says.

Wake up: Are you a British expat who wants to keep your right to vote? Then sign this online petition. 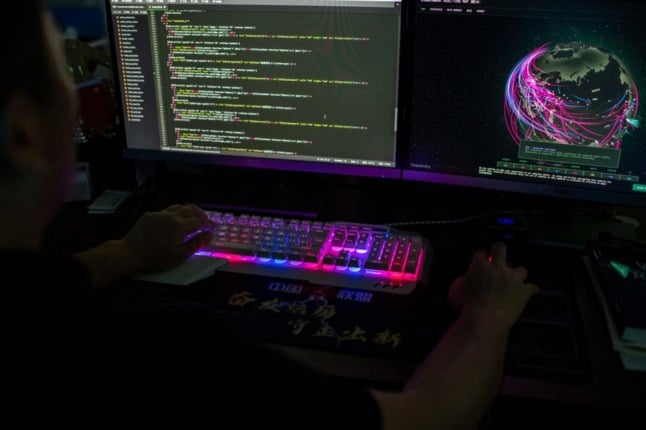 The scams are relatively unsophisticated but cause great stress. Photo: Nicolas Asfour/AFP

If you’re a foreigner in France an appointment at the préfecture is vital to complete legal procedures such as getting a visa or carte de séjour, and most préfectures now run an online booking system for appointments.

But many people – particularly in Paris – have reported that finding an appointment slot is almost impossible, and in many cases this is because of scam operations targeting préfectures.

The scammers use automated bots to immediately book up all available appointments slots at the préfecture, and then set up illicit websites or Facebook pages charging for appointments.

Since most préfectures moved to online appointment systems police have broken up several rings of professional scammers working in this way.

But it seems that the problem is still ongoing, particularly in Paris and the surrounding suburbs, with official appointments scarce and a plethora of websites and Facebook pages offering ‘one click rendez-vous’ services for anything from €30 up to €400.

In recent days several people have reported trying and failing for weeks to secure appointments, but the problems have been ongoing for some time.

Back in February, The Local spoke to Hannah Steinkopf-Frank, 27, who had been trying for almost a month to book an appointment at the Paris préfecture to pick up her completed visa.

She said: “It’s so frustrating, my visa application is complete, all I need is a slot for a five-minute appointment at the préfecture to show ID, pay the fee and collect the completed card, but I’ve been trying to book one since January 3rd and there are just no slots.

“I’m checking the website multiple times a day and still nothing.

“I friend told me that the préfecture puts up the new appointments for the week at one minute past midnight on Sunday, and they had got one my logging onto the website then, but I was all ready at the time, multiple browsers open and ready, but still couldn’t get one.”

Although some administrative procedures like visas or resident cards come with a fee, the appointment itself at the préfecture should be free.

Another American in Paris told us: “I used the new online service to renew my titre de séjour – it was brilliant, really simple and so much better than having to go down to the préfecture with a huge stack of documents every year – but now I can’t get an appointment to pick up the card, which should be the easy bit.”

Another reader told us that it had taken them three weeks to get their appointment, but when they went on the appointed day staff were not busy and many appointment slots appeared to be vacant.

Local authorities periodically post warnings on their websites if scammers are operating in the area, while French media including Le Monde and Le Parisien have repeatedly flagged the problem.

While the issue is annoying and stressful for many foreigners in France, for those in precarious situations such as refugees the problem is even more acute and can see them losing the right to legal status in France.

In areas like Seine-Saint-Denis, which has a large number of migrants living in the area, many people resort to turning up at the préfecture in the early hours of the morning, hoping to secure an appointment slot when offices open.

Hannah added: “The whole situation is really stressing me out but I’m aware that I am in a privileged position – my visa is already sorted and I have a job where I can be constantly refreshing to préfecture website. Also I can take time off whenever I finally do get the appointment slot. Other people are not so fortunate and this must be terrible for them.”