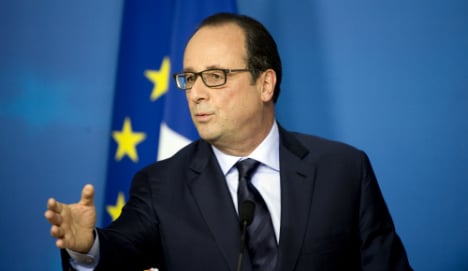 Hollande, speaking during a wide-ranging interview on French television, said that if the death toll were confirmed "it would be the worst catastrophe in recent years" in the Mediterranean.

He said Europe "must act" against the growing catalogue of mass drownings of migrants attempting to reach its shores, and called for closer surveillance of the routes used by smugglers.

The latest boat to capsize went down near the Libyan coast, and the 28 survivors gave testimony indicating there may have been about 700 people on board, the UN refugee agency said.

The latest disaster comes after a week in which two other shipwrecks left an estimated 450 people dead.