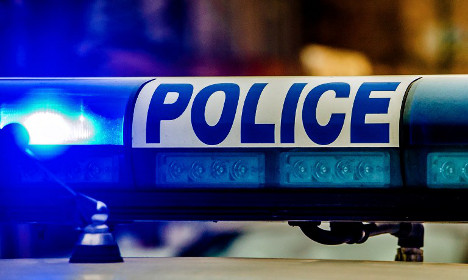 Violet Price has been missing from her home in Moustier village since last week. Her son, who lives in the same area, raised the alert on Saturday after he went to her house when she failed to respond on the phone.

Police immediately started looking for the 80-year-old widow who lived alone, mobilising 70 officers, a helicopter and divers, and searching hospitals as well — to no avail.

A source close to the probe had said she was "neither depressive nor suicidal", adding that there was no apparent reason for her disappearance. (Moustier village in southern France, where the part of the body was found. Google)

Local prosecutor Pascal Prache said Thursday a suspect had been detained and questioned.

"Given the declarations of the suspect and observations on site, it appears to be the body of Violet Price, he said, adding that an autopsy would confirm this.

Prache said the suspect had already been sentenced in 2005 to eight years in prison for manslaughter.

Another case of an elderly British expat found dead in France made headlines last week when 70-year-old David King, originally from London, was found dead at the bottom of a four-metre well.