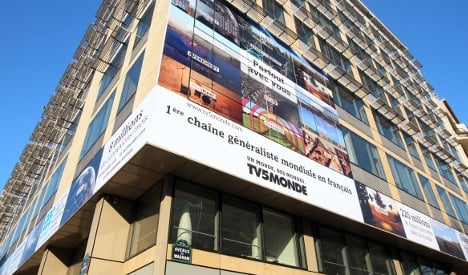 Last week the international French television channel TV5 was the victim of a massive hacking by “cyber jihadists” claiming to be from Islamic State (Isis) who blocked transmissions and hijacked the channel’s website as well as its Facebook and Twitter accounts.

According to a source close to the investigation cited by Europe 1, the hack started with a “phishing” email that was sent to all journalists at the TV channel at the end of January.

In March, three weeks before the attack, a virus contaminated several computers at the TV station.

Then, on the night between the 8th and 9th of April, the channel’s servers were attacked for several hours before the social networks were targeted.

Another source close to the investigation described the attack as both “simple” in the way it was activated, using “phishing” techniques, and “sophisticated” in its use of complicated software.

The source added that “as always, a human flaw” was responsible for setting off the cyber attack.

So far investigators have been unable to figure out where the attack originated or how many hackers were behind it, another source told AFP.

In the immediate aftermath of the Charlie Hebdo attacks in January, hackers claiming to be Islamists hijacked hundreds of French websites, flooding them with jihadist propaganda, but those were low level cyber-attacks.

The television channel is a Paris-based company whose programmes are broadcast in more than 200 countries worldwide.