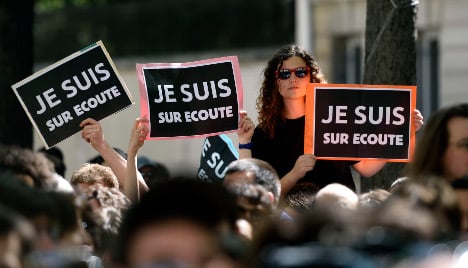 However civil liberties groups are deeply concerned. They warn that the bill, which comes just three months after the Paris terror attacks, risks destroying French society, of which one of the founding principles is Liberté.

Here Council of Europe’s Commissioner on Human Rights, Nils Muiznieks, and two UN rapporteurs on human rights and terrorism, Michel Forst and Ben Emmerson, spell out in a joint article exactly what is at stake for France and why the public should be very concerned: Terrorism is a real threat and a challenge to the strength of our democracies. This threat requires an effective response to protect our societies. However states cannot just take anti-terrorism measures that undermine the democracy, the rule of law and human rights.

The recent bombings in Paris and Copenhagen have shown that terrorists have contempt for human life as well as the ideals and aspirations on which we built Europe for the last 60 years.

By murdering journalists and cartoonists because of what they published and by executing innocent people based on their religion or beliefs and by killing police officers, these terrorists seek to weaken our democracies.

We must do our best to stop them.

The surveillance bill put forward by the French government is not the answer.

Firstly, because it allows the use of surveillance methods that pose a serious threat to the right to privacy. The installation of hidden microphones and tracking devices, as well as the use of devices to intercept communications will undermine privacy of correspondence, confidentiality and journalistic sources as well as lawyer-client privilege, and other professions.

The threat is even more serious given the way that this bill will lead to arbitrary intrusion of privacy, not just for suspects but equally those who communicate with them, or live or work in the same place or those who are close to them.

Secondly, because the bill will allow for the implementation of these intrusive measures without any independent checks and due diligence.

The right to privacy is fundamental. The benefits of this right, that protect individuals from intrusion by the state, should not be limited, unless a judicial authority verifies its legality, the necessity and proportionality of the surveillance measure prior to it being imposed.

The surveillance bill envisages consultation by the National Commission of Inspection of Intelligence Techniques. However the institutional and political independence of this new administrative authority does not seem to be guaranteed, and the bill imposes no real obligation for a judicial review on the merits and aims of particular surveillance methods before they are implemented.

The executive must not be left in a position to decide without being subject to the checks and balances that are necessary in a democracy. This bill could seriously affect the balance of power, which is one of the foundations of the rule of law and of the enjoyment of civil and political rights.

Thirdly, because the bill could exacerbate social tensions. By allowing indiscriminate checks on people who are not suspected of terrorist activities, this bill could create a volatile social environment in which all individuals are considered as potential suspects.

The debate that has begun in the National Assembly is the opportunity for answers to be provided for these serious concerns.

The law must be clear and precise about the nature of the alleged or suspected activities of an individual who could be subject to monitoring and it must set strict limits regarding the duration of operations, as well as specific rules around the use, retention and destruction of data obtained during a surveillance op.

Society is at stake

People subject to surveillance operations must be given the opportunity to challenge the legitimacy of the measures taken against them as well as the decisions regarding the use and conservation of the data.

Finally, the checks and balances on the executive must be strengthened. Even in an emergency no surveillance measure must be put in place without being subject to an independent assessment. The independence of the National Commission of Inspection of Intelligence Techniques must be guaranteed in law and its powers increased.

The law must also strengthen the accountability and transparency of intelligence services, including before Parliament.

What is at stake through this proposed law is not only the fight against terrorism, which we want to be as effective as possible, but also the society in which we live.

Haste, in this instance, is not a good advisor. An open debate, involving the various and relevant parties in the field of human rights should be conducted to enable France to find the right balance between security and the respect for human rights.

A French version of this text originally appeared in Le Monde newspaper.