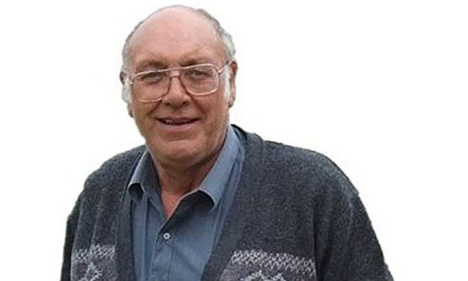 Photo: MissingAbroad.com
A Frenchman was arrested last week on suspicion of murdering 70-year-old David King, originally from London, who was found dead at the bottom of a four-metre well on Wednesday.
The retired lorry driver had been missing since late October but police initially refused to open a missing persons case because they believed he had travelled abroad.
In the village of Pierres, in Normandy, where King had set up a new home, local prosecutor Carole Etienne suggested the death may have been connected to recent thefts in the area.
“Among the vague attempts at an explanation given by the accused, we are looking at the possibility of an altercation over the theft of foodstuff,” she told French newspaper Le Parisien.

The town's mayor added that there had been a spate of thefts in the area, with residents reporting vegetables and even rabbits going missing. She said it had gotten so bad that some residents had threatened to defend their gardens armed with shotguns.
The 28-year-old suspected of killing King was detained on Wednesday, admitting that he had had a row with his British neighbour.
"He admits he put the body in the well," Etienne said, adding that "he has not yet explained the circumstances of the death. I have the before, I have the after, I don't have the in between."
Etienne said an autopsy would be carried out on the body of the Briton, who is understood to have been living in Normandy for the past 15 years.