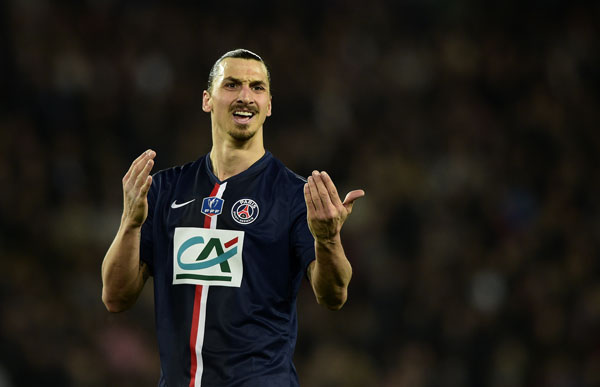 Ibrahimovic, 33, received the ban for comments attacking France and its referees after a 3-2 defeat to Bordeaux in March.

Speaking on his personal phone app, Zlatan Unplugged, he was asked for his reaction to the league disciplinary committee's decision made on on Thursday.

"I was pleased as this proves what I have been saying. Now people can see for themselves, with their own eyes, instead of me just saying it.

"The whole situation has become a farce – ridiculous and unprofessional. A disgrace to football.

"I would have been even happier if they had suspended me for the rest of the season so I could have gone on holiday already."

In typically forthright fashion, Ibrahimovic explained why he did not think he should have been suspended.

"There are no grounds for this," he said. "My words are not aimed at the referee. We had a normal conversation and he has confirmed this.

"If my words had been aimed at the ref I would have apologised when it happened."

Ibrahimovic will be forced to sit out PSG's league games against Nice, Lille, Metz and Nantes as a result of his widely televised rant in which he said France did not deserve a team like the star-studded Paris Saint-Germain because of the way it is treated.

He will already be missing for the Champions League quarter-final first leg against Barcelona next week after his sending off against Chelsea in the last 16.

But he will be eligible to play in PSG's League Cup final against Bastia on Saturday.