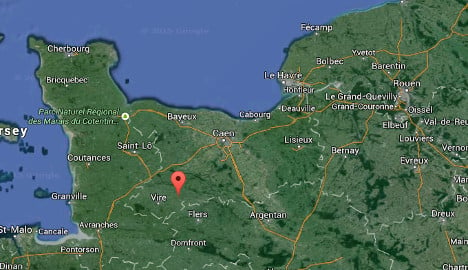 The village of Pierres in Calvados, Normandy, where the body of a British neighbour has reportedly been found.

Police have arrested a Frenchman suspected of killing his British neighbour by throwing him down a well near his home in Normandy.

The body of David King, 70, originally from London, was found at the bottom of the four-metre well in the village of Pierres by sniffer dogs on Wednesday.

The retired lorry driver had been missing since late October but police initially refused to open a missing persons case because they believed he had travelled abroad.

King's car was found abandoned in a nearby town in February.

The 28-year-old suspected of killing him was detained on Wednesday and told police he had had a row with his neighbour, said local prosecutor Carole Etienne.

"He admits he put the body in the well," she added, saying it was "highly probable" that the corpse was that of his British neighbour.

But "he has not yet explained the circumstances of the death. I have the before, I have the after, I don't have the in between."

Etienne said an autopsy would be carried out on the body of the Briton, who was believed to have been living in Normandy for the past 15 years.

The body of an Englishwoman, Patricia Wilson, who was believed to have been murdered in her home in 2012 in the south-western region of Aveyron, has never been found.

Her gardener, with whom she reportedly had an affair, has been in custody since August 2012 awaiting trial on charges of murdering her.