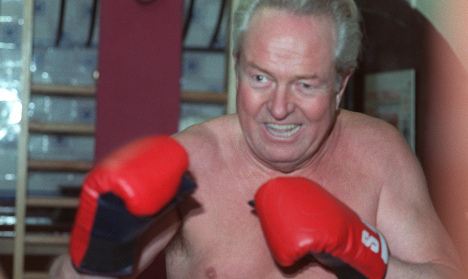 He labels gas chambers a "detail of history", believes Nazi occupation of France was not all bad, wants to join with Russia to save the "white world" and says he understands why some fight democracy.

Jean-Marie Le Pen, a former paratrooper whose inflammatory speeches have made him the figurehead of France's far right for more than four decades, has not once veered away from the role he loves best — master provocateur.

Even after handing the reins of the National Front he co-founded to his daughter Marine in 2011, the 86-year-old has continued to come out with shock statements that have cast a shadow on her attempts to steer the party into the mainstream — to the point of no return.

On Wednesday, after yet more sorties on gas chambers, immigration and attacks on his daughter, Marine decided enough was enough and openly split with her father whom she said was committing "political suicide".

Accusing the FN's honorary president of making "crass provocations that appear aimed at harming me", she said she would oppose his standing in December's regional elections in what was described as a "total and definitive" split between father and daughter. The end of the road for the former Foreign Legionnaire?

Not necessarily. If anything, the man who became an orphan in his teens, fought in the brutal wars of Indochina and Algeria and survived an attack on his home, is a born fighter.

"Le Pen never harbours regrets. He has this idea that if someone attacks you, you respond three times as strongly," says Nicolas Lebourg, a French far-right expert.

"He thinks that politics is a matter of life and death."

A gifted orator, Le Pen has long railed against the establishment parties of the left and right, accusing them of leading the country to the brink of disaster, but his signature issue has always been immigration.

Undeterred by the slow beginnings of the National Front in 1972, he gradually managed to bring the party into the forefront of politics.

So much so that Le Pen reached the second round of presidential elections in 2002, stunning France and prompting days of anti-racism rallies that eventually saw his unloved centre-right rival Jacques Chirac voted back into office.

Born in the port village of La Trinite-sur-Mer in the north-western Brittany region, Le Pen is the son of a seamstress and a fisherman.

As a teenager, he became a ward of the state after his father's boat hit a mine.

A loud-mouthed brawler, he became a law student who loved activism, and went to fight in Indochina.

On his return, he was elected to parliament aged just 27 before leaving again, this time for Algeria where he was later accused of torture — a claim he strenuously denied.

A fervent anti-Communist, he became active in far-right circles and eventually took the head of the brand new National Front in 1972. Le Pen ran for the presidency for the first time in 1974 — and for the last time in 2007 when he campaigned to cut off social benefits to foreigners and deport illegal immigrants, a stance he had defended for decades.

He has maintained that his views, once dismissed as extremist, are now part of mainstream politics.

And his thirst for controversy shows no sign of abating.

From asserting that gas chambers were a "detail of the history of the Second World War", to saying the Ebola virus could "solve" the issue of immigration within three months.

From maintaining France has to get along with Russia to save the "white world" to believing in the "inequality of races."

From saying that Nazi occupation of France "was not particularly inhumane" to stating he understands why some fight against democracy.

"You provoke him. He does what he's always done, he hits back as if he hasn't heard," said Lebourg.