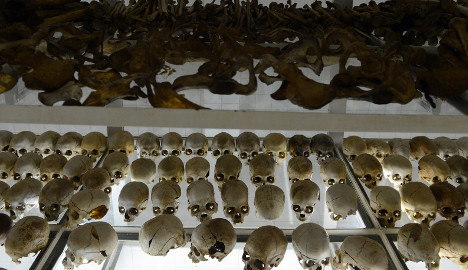 Human skulls preserved are exhibited on April at the Genocide memorial in Nyamata, inside Catholic church where thousands were slaughtered during the 1994 genocide in Rwanda. Photo: AFP

A decision to declassify the papers was signed on Tuesday and concerns "documents in the Elysee relating to Rwanda between 1990 and 1995," spanning the genocide which claimed at least 800,000 lives, a source in President Francois Hollande's entourage said.

"The president had announced a year ago that France must provide proof of transparency and facilitate remembrance of this period," the source said.

The papers, which include documents from diplomatic and military advisers as well as minutes from ministerial and defence meetings, will be available to both researchers and victims' associations, the French presidency said.

Ties between France and Rwanda are strained as Rwandan President Paul Kagame accuses Paris of complicity in the genocide because of its support of the Hutu nationalist government that carried out the mass killings, mainly of ethnic Tutsis.

Paris has repeatedly denied the accusations and insists that French forces had worked to protect civilians. Relations between both countries were completely frozen from 2006 to 2009.

Kagame did not meet any French officials during his visit in February to Unesco in Paris.

The genocide was sparked by the ouster of the country's president, a Hutu.

Kagame last year caused a stir by repeating his accusations against France before commemorations to mark the 20th anniversary of the genocide which ran from April to July 1994.

He notably said that France had not "done enough to save lives" and had not only been complicit but "an actor" in the massacre of Tutsis.

He also spoke of "the direct role of Belgium and France in the political preparation of the genocide, and the participation of the latter in its actual execution".

Former French prime minister Alain Juppe, who was president Francois Mitterrand's foreign minister at the time of the genocide, termed the accusations "intolerable" and urged Hollande to "defend France's honour."

Stung by the repeated accusations, France cancelled plans for the justice minister to attend the 20th anniversary commemorations.

A French parliamentary enquiry set up to try to establish the truth about the French role declared that "France was in no way implicated in the genocide against the Tutsis.

But the two rapporteurs, one of whom was Bernard Cazeneuve who is France's interior minister, however admitted the French authorities made "serious errors of judgement."

For lobby group SOS Racisme's chairman Dominique Sopo, the presidency's "decision finally initiates on the part of France a logic of transparence and openness".

He added that it is "an important step but it has to be followed by other action" such as putting those guilty of genocide on trial.

The announcement of the declassification of the Rwanda papers came on the 21st anniversary of the outbreak of the genocide on April 7, 1994.

The procedure of releasing the documents is separate from some 20 ongoing judicial cases over "crimes against humanity" which have been launched in Paris.

In March last year Rwandan genocide suspect Pascal Simbikangwa was tried and convicted in Paris and sentenced to 25 years in jail. 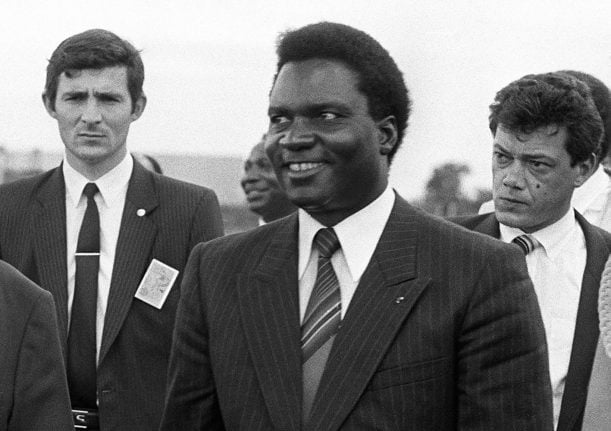 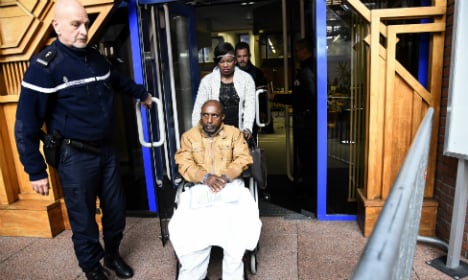