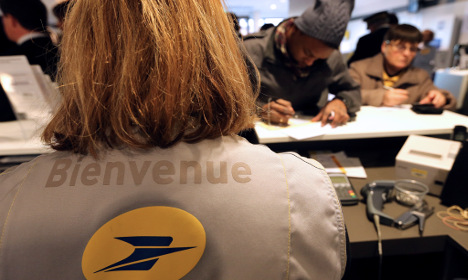 It could soon be possible to collect and send letters in France whilst shopping for your oeufs and beurre.

La Poste, the state-run French postal service, is lining up to move 7,000 post offices in urban areas and into supermarkets, Le Parisien newspaper reported on Tuesday.

Thousands of branches in the country's biggest cities like Lyon, Bordeaux and even Paris will be relocated to supermarkets by the year 2020, according to the paper.

The modernisation of the firm’s urban presence would result in savings of €500 million.

Under the new scheme, supermarket staff would be able to carry out basic postal services, but La Poste's banking arm would remain separate and have its own offices.

The good news for customers is that opening hours would be extended to mirror the hours of supermarkets.

La Poste has already tested the scheme in rural areas where around 7,000 post offices have closed in the last ten years with services moving into small shops.

La Poste is under pressure to make cost-cutting measures after the Cour des Comptes, the accountants for French public services, set the postal service a target to decrease the number of its offices from the current 9,692 to about 3,000 while maintaining its 17,000 points of contact across France.

This modernisation process is a response to the sharp decrease in the number of letters sent and the rise of online postal services.

Since 2008, the number of letters and small parcels going through La Poste has been halved and the dense network of offices across France cost nearly €4.3 billion to run in 2013.

But where post offices have closed, people have protested at the decline of the public service and questions have already been asked on the number of job cuts the measure would affect.

The management of the La Poste have not yet commented on any exact figures of the number of offices being closed.