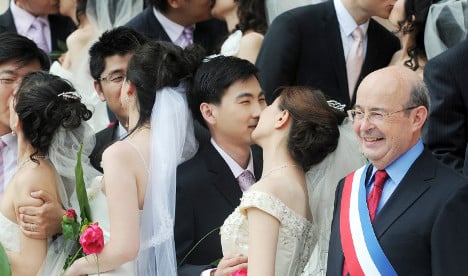 Jean Germain, the ex mayor of the central France city of Tours, was found dead on Tuesday morning. He is believed to have committed suicide.

Germain left a “goodbye letter” before disappearing without a trace, his lawyer Dominique Tricaud told reporters at the opening of the trial.

“I can’t accept being prosecuted for abusing my power, nor accept this political game. You can be assured I have never stolen one cent. My close family and friends will understand,” Germain wrote.

Tricaud said he was “overwhelmed” with the revelations.

“The last time I saw him was last week. He said that no one in his family had ever stood accused in court … he saw it as a sort of dishonour,” he said. “He is a martyr of the Republic. He has been thrown to the dogs in this case,” added the lawyer.

After the body of the former mayor was found near his home the prosecutor later confirmed that the death was likely as  a result of suicide.

The French government has been left in shock at news of Germain's death with a visibly moved President François Hollande describing the suicide as a “terrible tragedy”. He hailed Germain as a “great elected official.”

The Prime Minister Manuel Valls said he had “lost a friend” and described Germain as an “extraordinary mayor” who had “completely changed his town”.

Many other Socialist MPs and ministers reacted with shock at the news of his death, with many insisting he was an honest man.

Germain, 67, was due to stand trial for his alleged complicity in a corruption case over Chinese “weddings” that took place in Tours between 2007 and 2011.

A member of his staff, Lise Han, stands accused of fraud, collusion and mishandling public funds.

While she was working at the City Hall on tourism issues, she was also allegedly running a private company organising “wedding trips”.

The trips did not include a real wedding ceremony but couples travelled long distances for these “romantic wedding” packages and were photographed in wedding attire in stunning locations, including the Tours City Hall.

The mayor even posed with the couples in his full official dress.

Although she had officially resigned from her job as head of the organising group, Time Sarl, she is accused of continuing to run the firm while at City Hall, which was in turn subcontracting the work to her firm.

Germain, who has said he was in the dark about the “lies and manipulations” of Han, stood accused of complicity in collusion and misappropriation of public funds.