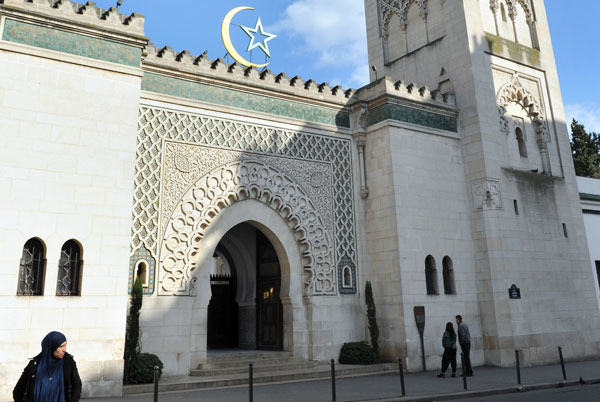 Speaking at a weekend gathering of French Islamic organisations, where participants asked for respect in the face of a rise in anti-Muslim attacks, Dalil Boubakeur said the 2,200 mosques in the country did not adequately represent Europe's largest Muslim community.

"We need double (that number) within two years," the head of the French Muslim Council and rector of the Paris mosque said in the town of Le Bourget near the capital.

"There are a lot of prayer rooms, of unfinished mosques, and there are a lot of mosques that are not being built," he added Saturday at the Muslim gathering, billed as the largest in the Western world.

This annual convention of the Union of Islamic Organisations of France (UOIF), which groups together more than 250 Muslim associations, comes just months after jihadist gunmen killed 17 people in and near Paris.

Since then, there has been a marked rise in Islamophobia in France, with 167 acts against mosques or threats recorded in January alone compared to just 14 in the same month last year.

France has long had a difficult relationship with its Muslim minority — currently estimated at between four and five million — that dates back to bloody struggles in its former North African colonies and the legacy of immigrants trapped in some of the country's poorest districts.

Long decades of insurgency against French rule in Algeria in the mid-twentieth century, followed by a spate of Algerian extremist attacks in France in the 1990s created difficulties for communal relations – which reawakened with the rise of global jihadism after 9/11.

Apart from physical acts, anti-Muslim sentiment in the country varies from mayors refusing to have mosques built to resistance to halal meals being served in prisons or schools.

Participants at the gathering — which while organised by the UOIF, a group close to the Islamist Muslim Brotherhood, ranged from liberal to ultra-conservative — denounced violence committed in the name of Islam.

"We are loyal to our country, France. We love God, we love our prophet, but we also love the French Republic," said Amar Lasfar, UOIF head.

Boubakeur agreed, adding nevertheless that Muslims must also be respected in France.

"Islam is no longer an Islam stemming from immigration, it is a national Islam that has the right to the recognition and consideration of the French population, just like other communities in France," Boubakeur said.