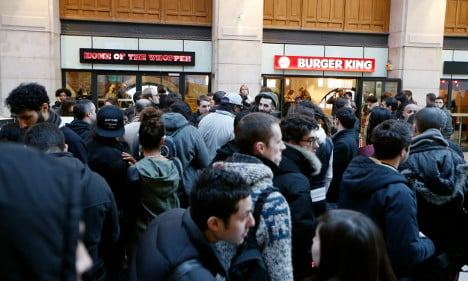 Parisians queue as Burger King opens its doors for the first time at Gare Saint-Lazare. Photo: AFP
Last year, Burger King opened 21 restaurants across France which now serve an average of 2,000 customers each per day.
"These figures are very unusual in the catering industry and they indicate a huge commercial success, which is a bit overwhelming," Jocelyn Olive, managing director of Burger King France, told AFP.
Bernard Boutboul, a French expert in catering businesses, said the chain's success story was "unheard of".
"This is an average of €4.7 million of profit per restaurant per year, which is never heard of in this industry, especially after the craze of the chain's return had waned down," he said.
"McDonald’s and Quick have been there for 30 and 35 years and their profits are respectively of € 3,3 and € 2,2 millions per shop and per year. Burger King has done excellent communication and promotion work on social media."
The second biggest fast-food chain in the world after McDonald’s, Burger King made its return to France in December 2013 as part of the French group Bertrand, 16 years after it closed shop as a victim of the ruthless competition between Quick and McDonald’s.
But shortly before it came back to France, a real hype around the brand had started to spread.
When the first branch of the chain opened again in Paris at the Gare Saint Lazare on December 16th 2013, people got there hours in advance to get their teeth around a burger, while others continued to queue for anything the restaurant had left in stock, even just fries (see footage below).
Within a few months, the Saint-Lazare restaurant became the chain's second best-selling point after Amsterdam airport.
French diners have lately developed a taste for fast-food chains and the industry's sales have increased by 3.2 percent in 2014.
The typical French diner eats burger and chips once every four meals, meaning the dish is slowly catching up with the traditional “jambon-beurre” (ham and butter) sandwich.
But Burger King’s expansion doesn’t stop there. The chain now hopes to anchor its presence in major cities around France and is about to open a new 850-metre super store in the shopping centre Les Quatre Temps, in the financial district of La Défence in western Paris. More restaurants should also be launched in Strasbourg, Nantes, Toulouse, and Poitiers.
In 2014, the chain created 2,000 jobs in France and it has announced it was looking at hiring 4,000 people on a part-time basis this year.
The chain is also developing more "drive through" options in its restaurants aiming to have the option in 70 percent of its restaurants.
Burger King has more than 13,000 restaurants worldwide and made an overall €400 million profit in 2014.
By Chloe Farand 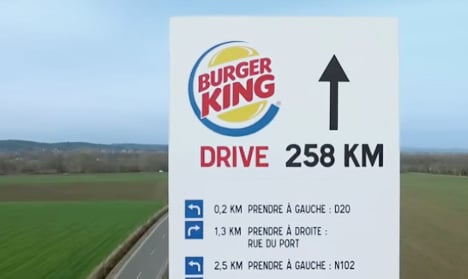 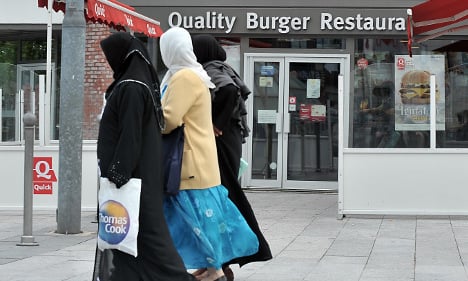 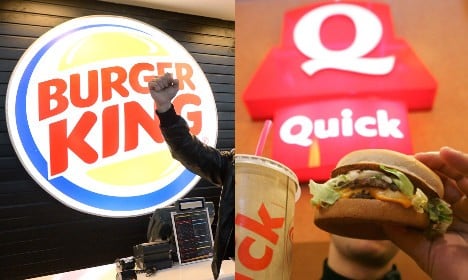 Do you prefer Burger King or Quick? Soon you won't have a choice. Photo: AFP
“The deal does not harm competition (in France),” the watchdog said.
The only obstacle to the deal negotiated through Quick's owners Qualium Investissement has been overcome with Burger King agreeing to cancel a franchise contract on the island of Corsica.
The deal makes Burger King the second-largest fast-food chain in France behind US rival McDonald's.
Quick employs 19,000 people and registered turnover of €1.029 billion ($1.12 billion) last year, of which 818 million euros was in the French market.
Burger King currently operates 30 restaurants in France.
No financial details of the deal have been released.
While the traditional ham-and-butter baguette once reigned in France, hamburgers now account for one in four restaurant meals eaten in the land of gastronomy, according to a March report by food marketing group Gira Conseil. 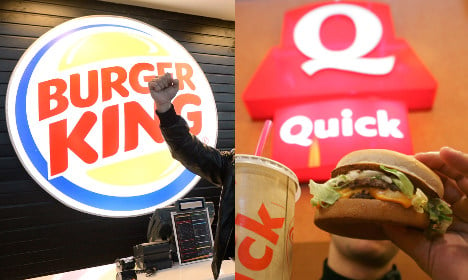