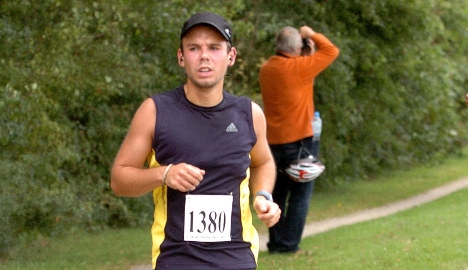 German tabloid newspaper Bild reported on Thursday that sources from the ongoing investigation said the 27-year-old asked for treatment for an eye condition, but concealed that fact that he was still going to work, according to Reuters.

Bild also noted that investigators' documents showed Lubitz had reported being injured by an airbag opening in a car crash at the end of last year, complaining of trauma and vision problems afterwards.

Investigators continue to search for an answer as to why the young pilot would deliberately bring down a plane, leading to the death of 150 people including himself.

Bild previously reported that Lubitz's ex-girlfriend had said he once told her "One day I'm going to do something that will change the whole system, and everyone will know my name and remember."

The plane's black-box voice recorder indicates that Lubitz locked his captain out of the cockpit and deliberately flew Flight 4U 9525 into a mountainside, French officials say, in what appears to have been a case of suicide and mass killing.

French Prime Minister Manuel Valls said that all the signs were "pointing towards an act that we can't describe: criminal, crazy, suicidal".

German prosecutors revealed that searches of Lubitz's homes netted "medical documents that suggest an existing illness and appropriate medical treatment", including "torn-up and current sick leave notes, among them one covering the day of the crash".

Bild has also reported that Lubitz sought psychiatric help for "a bout of serious depression" in 2009 and was still getting assistance from doctors, quoting documents from Germany's air transport regulator.

Lufthansa CEO Carsten Spohr has said that Lubitz had suspended his pilot training, which began in 2008, "for a certain period", before restarting and qualifying for the Airbus A320 in 2013.

Half of the 150 victims of last week's disaster were German, with Spain accounting for at least 50 and the remainder composed of more than a dozen other nationalities.

Some have called for loosening rules on doctor-patient confidentiality for those whose jobs involve others' safety, butGermany's Council of Psychotherapists said on Tuesday that there was no reason why the country should do so in the wake of the crash.

Recovery operations at the remote crash site are still ongoing, with French officials continuing to comb the mountain for body parts and evidence.

The plane's second black box, which records flight data, has not yet been recovered.