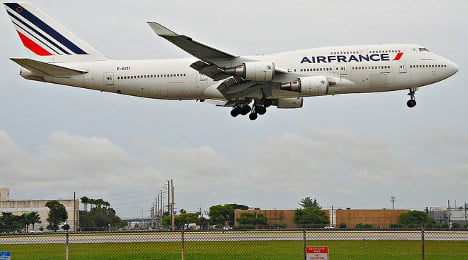 From Wednesday April 1st AirFrance-KLM has been enforcing a system whereby two people must be in the cockpit at all times.

The move follows the Germanwings plane crash on March 24th, which investigators believed was caused by the co-pilot Andreas Lubitz, who was left alone at the controls when the plane's captain went to the toilet.

Lubitz locked the captain out and set the plane on a downward descent towards the Alps, where it crashed, killing all 150 people on board.

Numerous airline around the world reacted to the crash by making it obligatory for two people to be in the cockpit at all times. This means a steward or an air hostess comes in the cockpit when the pilot or the co-pilot leaves it, even for a short time.

Air France said on Thursday that it had followed suit.

The measure was announced on Thursday by the director of the company Alexandre Juniac and complies to the recommendations that the European Aviation Safety Agency made in the wake of the crash.

"We have taken the time to make a sensible decision before rushing into anything," Juniac said at a press conference in Lyon, before specifying that whether it becomes a permanent rule or not will depend on the outcome of the probe into the Germanwings crash.

Since the September 11th attacks in the US, aerial security regulation means pilots and co-pilots can lock themselves in the cockpit behind armoured doors when left alone.