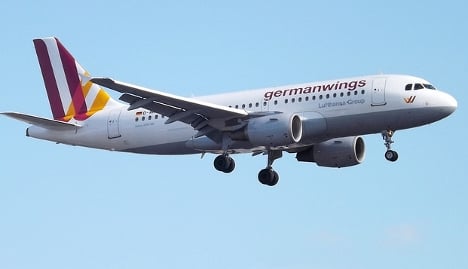 A lead investigator into the Germanwings crash called on Wednesday on anyone with footage of the disaster to hand it over
to authorities after two media outlets claimed to have seen a video of the final seconds in the cabin.

French prosecutor Brice Robin was speaking after a video emerged on Tuesday that claimed to show the final seconds inside the cabin of the ill-fated Germanwings airliner minutes before it crashed.

Robin said said the videos of the disaster, in which 150 people died in the French Alps last week, were not yet an official part of the probe, but that anyone with footage "must hand it over immediately to investigators."

Two European media sites reported the existence of the video, although French police denied the claims to CNN.

One sequence reportedly shows a chaotic scene with passengers screaming "My God".

French magazine Paris Match and German daily Bild said the authenticity of the video filmed on a mobile phone is "unquestionable" and that it had been retrieved from the wreckage of last Tuesday's crash.

However, French police official Lieutenant-Colonel Jean-Marc Menichini denied that investigators had found mobile phone footage at the crash site, telling CNN that the reports were "completely wrong" and "unwarranted".

The recording lasting just a few seconds showed that passengers knew what was happening to them before the plane crashed into the French Alps, instantly killing all 150 people on board, according to the reports.

"The scene was so chaotic that it was hard to identify people, but the sounds of the screaming passengers made it perfectly clear that they were aware of what was about to happen to them," said Paris Match, adding that people were heard crying "My God" in several languages.

It added that "metallic banging" could be heard more than three times — possibly the attempts of the pilot to open the cockpit door with a heavy object.