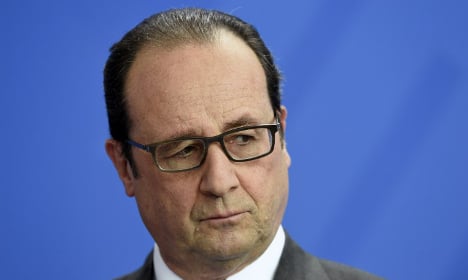 The reaction of France’s Socialist government to a heavy defeat in the local elections is a promise to introduce more reforms to try and free up the economy.

Banker-turned-economy minister Emmanuel Macron suggested in the aftermath of Sunday’s election debacle that he would propose a raft of new reforms by the summer.

Macron said the government needed to launch reforms that would continue “the unlocking of the French economy and speed up the recovery that is ongoing".

France is already talking about a possible Macron Law II, in reference to the minister’s previous reforms which divided the Socialist Party and provoked widespread street protests.

The government used legislation to force through the bill without a vote in parliament when it looked like they would be defeated, due to the number of Socialist rebel MPs vowing to vote against it.

That prompted a vote of no-confidence in parliament, which the government survived as the rebels, known as “les frondeurs” quickly came back on side.

The loss of support for the socialists and in particular for the government has been put down to those on the left feeling abandoned as Hollande opts for more liberal reforms at the behest of Brussels and Berlin.

Les Frondeurs are likely to kick up a stink if Macron poses yet more economic reforms, which those on the left of the party see as too liberal.

Macron is believed to want to pass reforms to make life simpler, both legally and bureaucratically for small and medium-sized companies.

And he has the backing of his PM Manuel Valls and President Hollande.

François Hollande said on Tuesday that France would press ahead with his reform drive despite the defeat.

"The course has been set and we will stick to it," he told journalists in Berlin after meeting with German Chancellor Angela Merkel.