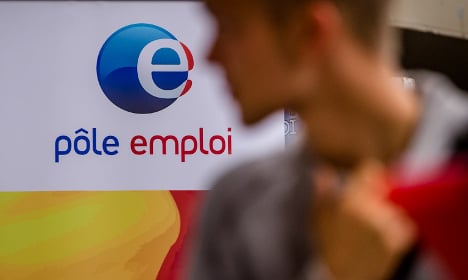 Photo: AFP
The man, from the town of Mios in the Gironde in south western France, had a debt of €3,135.20 due to an overpayment by the job agency, reported newspaper Sud Ouest.
The overpayment occurred several years ago after the worker was paid benefits after being fired from his job. But after the reason for the sacking was altered at an employment tribunal, the Pôle Emploi found it have overpaid the client and the agency demanded its money back.
The man protested but soon Pôle Emploi was taking money out of his account to the tune of €150 to €200 a week.
The aggrieved former worker called in a lawyer and just a week before the hearing he received a letter from the agency telling him that his application to have the repayments staggered had been "accepted".
But instead of setting out any kind of logical repayment scheme, Pôle Emploi's said that he would be charged one centime a month for the next 26 000 years.
Although the Pôle Emploi have not officially commented a spokesperson from the CFDT union blamed the letter on a simple computer bug, and that it was not written by a member of staff.
A similar repayment scheme from the agency has made headlines before, when a man from Seine-Saint-Denis was given 220 centuries to repay a debt of his own.