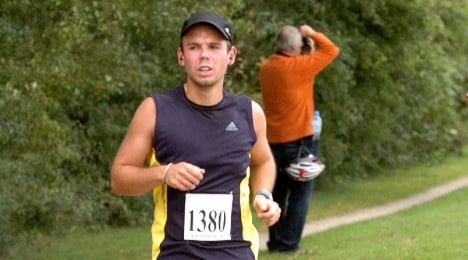 The co-pilot believed to have deliberately crashed a Germanwings plane was treated for suicidal tendencies "several years ago", before he received his pilot's licence, German prosecutors said on Monday.

"In the ensuing years and up until recently, he had doctors' visits and was written off sick but showed no sign of suicidal tendencies or aggression towards others," said Ralf Herrenbrueck, spokesman for the prosecutor's office in the western city of Düsseldorf.

Herrenbrueck said based on the evaluation of medical documents and the testimony of people who knew the co-pilot, there was still no indication that he had told anyone of his plans or left behind a suicide note.

"Nor have particular circumstances been identified in his personal or professional environment to offer verifiable evidence about a possible motive," he said.
A video has also emerged of Lubitz flying a glider plane as a trainee pilot.
Medical files did not point to any "organic disorder", Herrenbrueck said.French officials have said that co-pilot deliberately shut his pilot colleague out of the cockpit and then locked the Airbus A320 on a collision course with the French Alps.

The flight, en route to Düsseldorf from Barcelona, crashed into the mountainside at a speed of 700 kilometres (430 miles) an hour, instantly killing all on board. (Emergency workers sift through the debris in the French Alps. Photo: AFP)

Investigators in both France and Germany are trying to build up a picture of what could have driven Lubitz to crash his plane deliberately.

Media reports have emerged that the 27-year-old suffered from eye problems, adding to earlier reports he was severely depressed. Later on Monday, German prosecutors denied that the co-pilot had any eye problems, reported The Local Germany.

Police have found a number "of medicines for the treatment of psychological illness" during a search at his Düsseldorf home, Welt am Sonntag newspaper said.

German prosecutors believe Lubitz hid an illness from his airline but have not specified what it was, and said he had apparently been written off sick on the day the Airbus crashed.