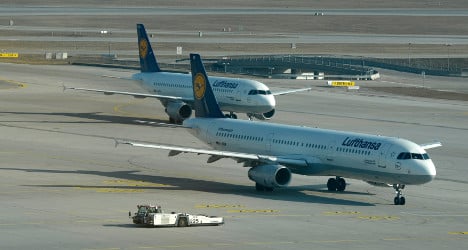 Can any security system prevent a pilot from committing murder-suicide? Photo: AFP

“If the pilots did not stop the plane from crashing into the mountains, either they were unconscious or dead or they decided to die, or they were forced to die,” said one aviation safety expert this week.

But after French prosecutors revealed on Thursday that 28-year-old co-pilot Andreas Lubitz purposefully locked the pilot out of the cockpit and set the plane on a downward trajectory, the likelihood appears to be that the young German chose to die.

In doing so he killed himself as well as the other 149 people on board, including the plane's captain, who reportedly tried to smash the cockpit door down as the plane plunged towards the Alps.

If this theory is officially confirmed in the days to come it will realise one of the greatest fears of both airlines and passengers alike and raise serious questions about security on board airplanes.

But is it really possible to prevent a pilot from wanting to "destroy" a plane and so many lives with it? (The interior of an Airbus A320. Photo: Daniel Mennerich/Flickr)

Chief Executive of Lufthansa Carsten Spohr insisted no security "in the world" could protect an airline from the kind of action taken by a co-pilot.

"Whatever safety provisions you have in a company, however high the standards, such an isolated case cannot be completely ruled out," he told reporters. "No system in the world can rule it out."

If Lubitz did deliberately fly the passengers to their deaths, it would not be the first time a pilot has acted in such a devastating way.

In 2013 a Mozambican airlines flight is believed to have crashed for a similar reason, as did a SilkAir flight in 1997 in Indonesia and an Egyptair plane in 1999, that had 217 people on board, although in this case the pilot suicide theory is disputed (see list below).

READ ALSO: What we know about the co-pilot Andreas Lubitz “It might surprise people that pilots, who are very well monitored, are capable of acts that appear to be demented. But pilots are just like other people, some are depressed,” former airline captain Jean-Claude Bück, told BFM TV.

“At Air France there have been cases of pilots committing suicide, but, pardon my expression, they haven’t taken the passengers with them,” said Bück. “One pilot even committed suicide during a stopover in a hotel.”

The impact of the co-pilot’s actions on the commercial aviation industry could be widespread as companies react to heightened fears among passengers.

Since 9/11 doors of the cockpits have been built to withstand grenades and a locking system has allowed pilots to refuse entry to anyone outside.

In the case of the Germanwings flight, that meant that the co-pilot was able to keep the captain out of the cockpit after he left to go to the toilet.

Within hours of the French prosecutor’s press conference, low-cost carrier Norwegian Air Shuttle said it would require two people in the cockpit at all times for safety reasons. That falls in line with a system employed by other airlines, notably in North America.

One pilot with 44 years experience on major national carriers told The Local that airlines may also introduce increased monitoring of pilots to try and keep a closer check on their psychological state.

"We already do our medicals on a regular basis – for captains it's every six months – and I think that going forward this will probably also include some kind of mental checkups at regular intervals," said the pilot who declined to be named.

"But this wouldn't be something they'd start doing on a regular basis, maybe every second or third year,” he added.

David Gleave, an air accident investigator whose specialty is pilot suicides, told the BBC: "There's all sorts of areas that the psychological specialist will start to look at during the investigation but I certainly think that it's going to be reviewed fairly quickly."

On Thursday Lufthansa staunchly defended the measures it takes to select pilots and its chief executive Carsten Spohr tried to put the crash, however horrific, in some kind of perspective.

"In our worst nightmares we could not have imagined that this kind of tragedy could happen to us here at our company," he said.

"Flying is the most secure form of transport and it is always becoming more secure." The website Aviation Safety Network has published a list of recent incidents in which passenger plane crashes have been caused by pilot suicide.

Here are three of the main incidents of suspected pilot murder suicide:

A Royal Air Maroc ATR-42 airplane crashed in the Atlas Mountains shortly after takeoff from Agadir, Morocco. The accident was suggested to have been caused by the captain disconnecting the autopilot and directing the aircraft to the ground deliberately. The Moroccan Pilot’s Union challenged these findings.

Silk Air Flight 185, a Boeing 737 en route from Jakarta, Indonesia to Singapore, crashed in Indonesia following a rapid descent from cruising altitude. Indonesian authorities were not able to determine the cause of the accident. It has been suggested by amongst others the US NTSB that the captain may have committed suicide by switching off both flight recorders and intentionally putting the Boeing 737 in a dive, possibly when the first officer had left the flight deck. During 1997 the captain experienced multiple work-related difficulties, particularly during the last 6 months. Also at the time of the accident the captain was experiencing significant financial difficulties, which was disputed by the Indonesian investigators.