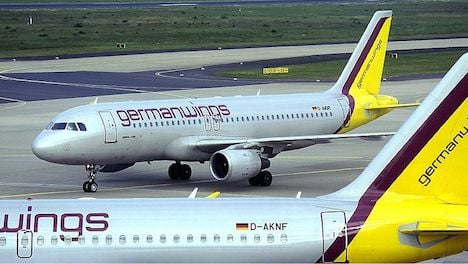 What happened to the Germanwings plane that crashed into the French Alps? Photo:AFP

So far investigators have been left baffled by what might have happened to Flight 4U9525, which crashed into the southern French Alps on Tuesday, killing all 150 people on board.

The black box voice recorder from the cockpit has been found and although it is damaged the Interior Minister Bernard Cazeneuve said it can be pieced together and used by investigators.

Those leading the investigation are due to release their initial findings later on Wednesday and much will depend on the audio recordings they glean from the box.

But questions are being asked not only about Flight 4U9525 but also about the safety of flying, especially as the Alps crash only adds to a long list of recent aviation disasters.

Do you have a likely scenario for what happened to Flight 4U9525?

Until we hear from the investigators later on Wednesday, every theory that is being put forward is just conjecture. We simply don’t have enough information to know for sure. Although we can’t completely dismiss the theory of terrorism just yet, I am more convinced that the place suffered some kind of technical problem. Not with the engines, because we know the plane continued on and hit the mountain at the same speed as it had been cruising at.

I am more inclined to think the commands were blocked. But what’s bizarre is that if there was a breakdown the crew would have communicated it.

The plane descended for around eight minutes but no distress signal was sent out by the crew. How can this be explained?

It’s possible that there was someone on board who stopped them from sending out a distress signal. Or they just didn’t have the capacity to do it, because their communications were down or maybe they had lost consciousness because of a lack of oxygen.

It’s certainly not normal that they descended for around eight minutes and that’s why many people are talking about an interception of the aircraft, meaning someone entered the cockpit. It’s a theory that I don’t believe, even it remains a possibility. For the moment we have no certainty around this.

The Airbus A320 that crashed had been flying for 24 years. Was it too old?

There’s really no problem around the age of the plane. They are made to last 40 years. Planes that are 25 or 30 years old can function perfectly well. The most important thing is that it was well maintained. The plane had around 58,000 hours of flying time with about 45,000 take offs.

No, low cost doesn’t mean low safety or low security. It only means lower charges and less comfort for the passengers. In Europe and the United States the aircraft maintenance programmes are exactly the same for big airlines as they are for low cost airlines.

Is there anything that could explain the number of air crashes recently?

We need to realize that the amount of air traffic in the world rises by 6 percent per year. So the more passengers there are means the more flights there are and inevitably there are more accidents.

But to look at it another way, statistically there are fewer and fewer accidents today compared to the number of flights or passengers in the world. We have the impression there are more because of recent events but proportionally there are actually fewer. Aviation safety today remains extremely efficient and air travel is still the safest form of transport.