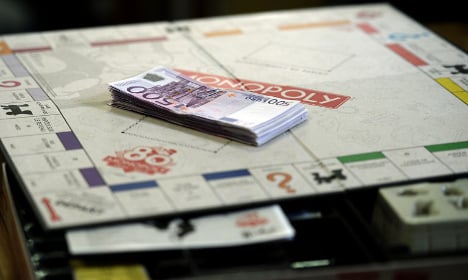 The cash is counted before packaging. Photo: AFP

That was the reality for a young mum in the Provence-Alpes-Côte d'Azur region this week, after she hit the major jackpot in the celebration of Monopoly's 80th anniversary.
The French manufacturers of the popular board game had replaced the fake money with thousands of euros for 80 lucky buyers – with just the one board containing the jackpot of 41 real notes of €500, one €50, one €20, and one €10.
Besides the major jackpot, there have been ten sets released with five real €20 notes, two €50 notes and one €100 note.
A lesser prize can be scooped in 69 sets, which will have five €10 notes and five €20 notes.
The winning family in southern France has chosen to remain anonymous and haven't spoken to the media.
Perhaps they're still finishing their game… (Photo: MTSOfan/Flickr)
A history of Monopoly
The board game of Monopoly was created after the Great Depression in the United States and has been tearing families and friends apart ever since.
A fiercely competitive game, its object is to buy property around the board of varying quality, then build "houses" and "hotels" on one's property empire, charging opponents rent if they are unfortunate enough to land on your square.
The winner is the last person standing after everyone else is left penniless and destitute.
Even a short game can last several hours as the eventual winner grinds down opponents note by note until they have nothing left.
The longest game in history lasted 70 straight days, according to the website of the game's manufacturer, Hasbro.
"The rules are simple, everyone knows them, anyone can play," Florence Gaillard, brand manager at Hasbro France told AFP.
Hasbro says its money-spinning game is available in 111 countries and in 43 languages.
There are 500,000 sets sold each year in France alone. 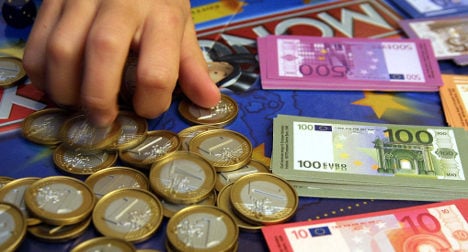