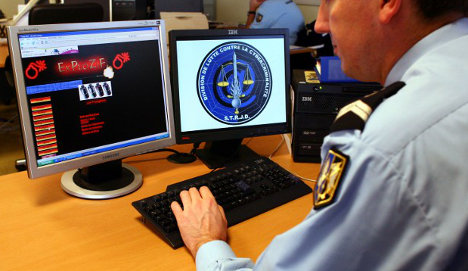 "Blocking Internet sites without advance legal authorisation — as has recently begun in France — is a clear example of the risks" that anti-terrorism measures present for freedom of expression, said the Council of Europe's human rights commissioner Nils Muiznieks.

On Monday, the interior ministry in Paris announced authorities were blocking five websites accused of condoning terrorism — the first use of new government powers that came into force in February.

But Muiznieks stressed: "Limiting human rights to fight against terrorism is a serious mistake and an inefficient measure that can even help the terrorists' cause."

More generally, Muiznieks said he was "worried" about the "exclusively security-driven approach" that was shaping European anti-terrorism legislation.

"If they are adopted, this legislation could have the effect of killing freedom and creating a dangerous social climate in which all individuals are considered potential suspects," said Muiznieks.

Earlier Thursday, France unveiled a raft of controversial security measures that allows spies to hoover up phone and Internet data from suspected jihadists.

The measures have been criticised by rights groups and set the government up for potential clashes with Internet companies who are under public pressure to ensure privacy.