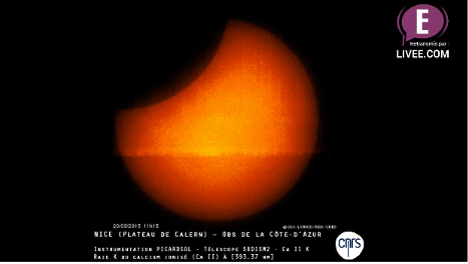 A view of the solar eclipse from the Observatory of the Côte d'Azur located in the plateau de Calern near Nice. Photo: CNRS

Friday morning's solar eclipse over France was tainted for many after a cloudy morning ruined the chances of seeing anything in the sky besides grey.

But French astronomers have shared some amazing images from what is the most complete solar eclipse in ten years, with the moon blocking out up to 82 percent of the sun as seen from some spots in France.

Here is a time lapse of the live feed from the Pic du Midi Observatory in Bigorre, south western France.

The scientists at the CNRS research institute shared some of the most extraordinary views.

And here is another image from their camera:

The tweet below shows the scene from Vonnas, in l'Ain, in eastern France.

And here was the view from Planrupt near St Dizier, sent in by Facebook follower Leise Residori.

And here is the view from the Nièvre département in eastern France, thanks to Antoine Maillier from the Musée de Bibracte.
Most observers in France, however, lamented that the poor weather reduced visibility to almost nothing at all – even in northern France which was tipped as the best place to witness the spectacle.

The tweet below is from a reader in Pas de Calais, near Hesdin, in northern France.

Indeed, readers from all over the country reported grey skies, from Brittany to Dordogne.

The view of the solar eclipse from the offices of @TheLocalFrance in Paris. pic.twitter.com/Uea9dcoIE4

An exchange student from Scandinavia shared us the picture below from her street in eastern Paris.

"Trust the Paris smog to ruin my day," she said.
"I'm standing out on the street with fellow eclipse fans scattered around the place, all peering up towards the sky to try to get a glimpse. We must look more like a flock of confused chickens than astronomy fans. What an anticlimax!"

The graph below shows exactly how the morning panned out above the clouds. Even though France didn't get much solar action as seen with the naked eye, those who travelled to the island of Svalbard in Norway were treated to a total eclipse, reported The Local Norway (including video). 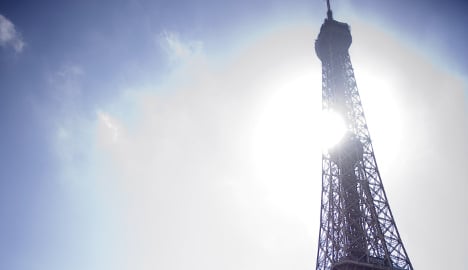 ECLIPSE
The best places to see the eclipse in France
Url copied to clipboard!