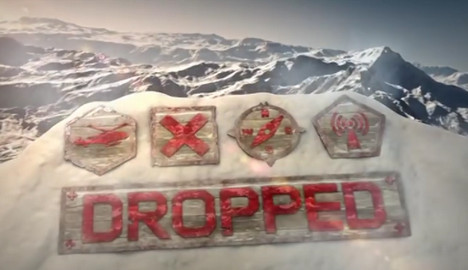 Screengrab from the trailer for Dropped

The double helicopter crash on Monday which claimed 10 lives is the deadliest tragedy to strike an adventure TV series, or survival show as they are sometimes  known.

The show “Dropped”, which is adapted from a Swedish concept, was produced by French company Adventure Line Productions for the TV channel TF1. It was due to be broadcast this summer.

The show will almost certainly be axed after the crash.

In a statement following the accident, ALP said it was "shattered" by the tragedy. It said it would "of course" immediately stop production and repatriate the teams.

But the helicopter crash is not the first time in recent years that both the production company and TF1 have been left in crisis after one of its productions was marred by death.

Doctor kills himself after contestant's death

In spring 2013 France’s immensely popular version of Survivor, "Koh Lanta", produced by ALP and aired by TF1, was hit by scandal after the deaths of a participant and a doctor.

The deaths lead to calls for restrictions to be placed on adventure reality programmes.

Thierry Costa, the physician on "Koh Lanta" — the French version of "Survivor" — killed himself in Cambodia just over a week after a contestant died on set, citing "unfair accusations" against him in the media.

The contestant — 25-year-old Gerald Babin — died of a heart attack on the first day of filming the adventure show on the tropical island of Koh Rong on March 22, prompting French broadcaster TF1 to axe the show's 2013 season, its 16th.

His death — the first during any French reality TV programme – sparked questions about the way the show was run.

"We could require them to use a psychologist" who would monitor the mental health of reality TV participants during and after filming, she said on Europe 1 radio.

'The show was not at fault'

"We were all extremely shocked by the death of a contestant and a doctor but the programme was not at fault. There will be a Koh Lanta in 2014, declared Nonce Paolini in September last year.

It is unlikely however that "Dropped" will ever make it onto French TV screens given the loss of life and the impact it will have on the production company and the image of the show.

An investigation will now take place to look at the cause of the helicopter crash and what caused the two aircraft to collide in weather conditions that were considered perfect.

The show itself involved eight sports stars being dropped into inhospitable environments.

"We've got people who are way beyond average for their record of achievements, that's clear," the show's presenter Louis Bodin said in a recent interview with RTL.

"And we can tell that on the ground, on all kinds of terrain, that they've got the ability to adapt… Of course, the logistics, the conditions are sometimes a little complicated," he said of the show that was to air on French television channel TF1.

Shooting began in late February in Ushuaia, at the southern tip of South America in the glacial terrain of Patagonia.

It then moved to La Rioja, where the scenic mountain landscapes are popular with tourists.