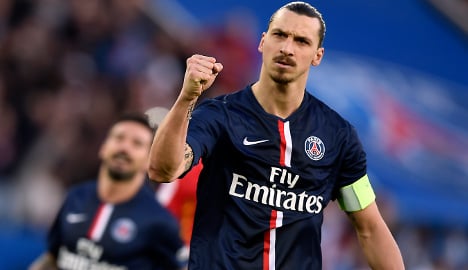 Lyon moved back up above Paris Saint-Germain to the top of the Ligue 1 table on Sunday after Nabil Fekir inspired them to a thrilling 5-1 victory at Montpellier.

Fekir and the league's leading scorer Alexandre Lacazette both bagged braces, and Corentin Tolisso was also on target as OL recovered from falling behind to an early Lucas Barrios goal at the Stade de la Mosson.

It was a very welcome victory for Hubert Fournier's side, who won just once in five Ligue 1 outings in February, and it ensures they end the weekend where they started it, on top of the table.

"The match was a little strange," reflected Fournier. "We conceded a goal pretty quickly but we didn't fall apart, we kept going, and came back."

Reigning champions Paris Saint-Germain had temporarily gone top after easing to a 4-1 win at home to Lens on Saturday, but OL are a point clear of the capital club again, and four ahead of Marseille in third.

Montpellier came into the game on a run of just one defeat in seven matches and they took the lead just six minutes in when Barrios tapped in after great work by Bryan Dabo.

It was the Paraguayan's eighth goal in his last 10 Ligue 1 games, but in Fekir and Lacazette Lyon boast the most exciting attacking duo in France this season.

The visitors were back level on the half-hour mark, Lacazette converting from the penalty spot after Fekir was brought down in the box by Abdelhamid El Kaoutari.

And the outstanding Fekir then scored a magnificent goal to put OL in front, cutting in from the right and playing a one-two with Yoann Gourcuff before curling a shot past Geoffrey Jourdren and into the far corner of the net.

It was a 10th goal of the season for the talented Fekir, who has been at the centre of a tug of war between Algeria and France, with both desperate for him to commit his international future to them.

Fekir and Jordan Ferri both hit the bar in the second half before Fekir scored again to take him to 11 for the campaign, chipping in after another Gourcuff assist.

Montpellier could have set up a nervy finale after they won a penalty when Samuel Umtiti was harshly adjudged to have fouled Paul Lasne in the area.

However, Barrios saw his penalty saved by Anthony Lopes, and Lyon went on to add two more goals in injury time.

Substitute Mohamed Yattara set up Tolisso for the fourth goal and then laid the fifth on a plate for Lacazette — his 23rd of the season — as Lyon repeated their 5-1 win against Montpellier in the reverse fixture in October.

Saint-Etienne back on track

Earlier on Sunday, Saint-Etienne brought their seven-game winless streak to an end with a 2-0 victory over strugglers Lorient on Sunday and leapfrogged Bordeaux into fifth place, closing in on the European places.

Yohan Mollo came off the bench to break the deadlock with just 15 minutes to go before Max-Alain Gradel made sure of all three points in injury time, with both goals coming after Lorient's Didier Ndong had been sent off.

"It's an important win for us. We needed it after last week's draw at Toulouse and the French Cup win," said Saint-Etienne coach Christophe Galtier, whose team needed penalties to win at third-tier Boulogne-sur-Mer in the Cup.

"We have had quite a few injuries lately and lost a few players so there have been some changes in the team.

"But this has given us the chance to look at some of the younger players. And the substitutes have played their part, too."

Meanwhile, Guingamp slumped to a third straight league defeat, going down 1-0 at home to Lille with Nolan Roux scoring the only goal of the game.

The weekend also saw Marseille win 6-1 at Toulouse and fourth-placed Monaco triumph 3-1 away at Evian.