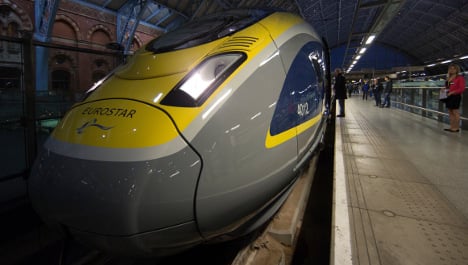 Britain has sold its stake in Eurostar for a cool €1billion. But the French are not the buyers. Photo: Andrew Cowie/AFP

The British government has reached an agreement to sell its entire stake in the Eurostar train service between London, Brussels and Paris, the treasury said in a statement on Wednesday.

Eurostar has also agreed to redeem the government's preference share for a further £172 million ($264 million, €236 million).

The government said the sum was higher than what was expected when offers for the stake were invited in October 2014.

"It's great that we have reached an agreement to sell the UK's shareholding in Eurostar that delivers a fantastic deal for UK taxpayers that exceeds expectations," Chancellor George Osborne said in a statement.

French and Belgian rail services SNCF and SNCB still have the option of buying the 40 percent stake from Britain if they pay 15 percent more than the agreed price, the statement said.