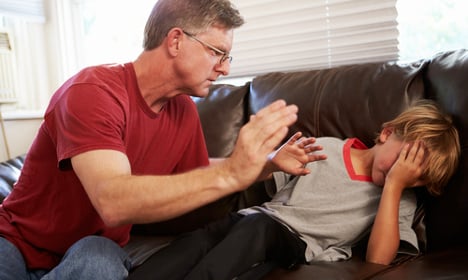 France is in violation of a treaty because it doesn't fully ban smacking. Photo: Shutterstock
On Wednesday, the Council of Europe kicked up a storm when it ruled that France violates an EU treaty because it hasn't completely banned smacking.
The ruling, which the government can ignore, has prompted an almighty row in a country where parents have something of a reputation for strict discipline, and where strong weight is given to the importance of the family.
Two voices on each side of that discussion have their say in this week's Tête-à-tête.
Peter Newell from the UK charity Approach, whose complaint to the Council of Europe prompted the ruling:
“I think anything which steps up pressure for human rights is worth it,” he told The Local.
“The government has to lead the public opinion. It has an obligation to listen to the educated opinions of professionals, who are united in saying corporal punishment is harmful to people and societies.”
“The purpose of a ban isn't to send more parents to jail, its to change public attitudes and to protect children.”

Graph: Where is smacking banned in the world?
Newell said any comments about a ban being too hard to monitor were missing the point.
“People used to say the same thing about banning domestic violence against women, but now, no one would dare suggest that giving a little slap to a wife or partner should be lawful or acceptable.
“It's actually paradoxical that kids, who are more vulnerable, should be the last to get this protection. Consider elderly people with dementia. They can act quite similarly to children, but no one would suggest it's lawful to slap them. It's an extraordinary anomaly that we have to get people to accept. This isn't about a special new law, it's the same protection that the rest of us adults take for granted.”
His London-based charity – Approach (Association for the Protection of All Children) – filed the complaint in February 2013. The charity also raised similar concerns in Belgium, Cyprus, Czech Republic, Slovenia, Italy, and Ireland. Previous complaints by the charity resulted in bans on corporal punishment in Greece and Portugal.
“In France, the law isn't clear and parents get a confusing message. Some polls suggest that over 80 percent of French parents smack their children.
“Until there is a clear law, things will change very slowly. I don't think anyone in the French government is condoning physical punishment of children, but unless they change the law and make it clear, public opinion will not change quickly,” he said. Graph: How many countries in the world have banned smacking?
Thierry Vidor, director of family group Familles de France
“It's not so much the act of smacking that we're concerned about, everyone does what they want. For some families, smacking can be a way to deal with a crisis – a kind of shock, a way for them to manage. We are absolutely not staunch defenders of smacking,” he said.
“Our reservations are more about the fact that it's a ban. The state is getting more and more involved in the parent-child relationship and involving the law more and more. And this can be damaging, because it's as if the children are getting a message from society, from their schools, saying 'You're parents are no good for you'. This is something that calls into question children's trust of their own parents, which we find rather annoying.”
He says that a light smack on the wrist or bottom cannot be judged as physical abuse. The real problem, he adds, is when authorities get in the way of family life.
“Imagine the havoc that would come with the possibility of your own child reporting you to police. Imagine how that would impact on a family, not just for the parents, but for the children who would feel guilty for making the report.”
“Do you really think that we will be able to put a policeman in the homes of every family? It's absolutely absurd.”
“Bringing this under the rule of law is not the right solution. It's more important to have a set of educational messages and guidelines to help parents raise their children.”
By Oliver Gee/Priscillia Charles 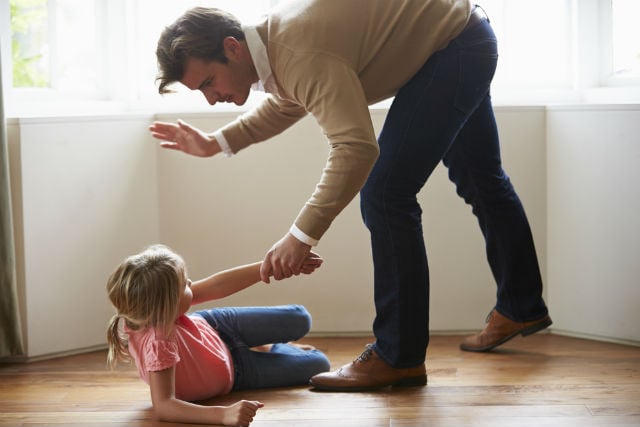 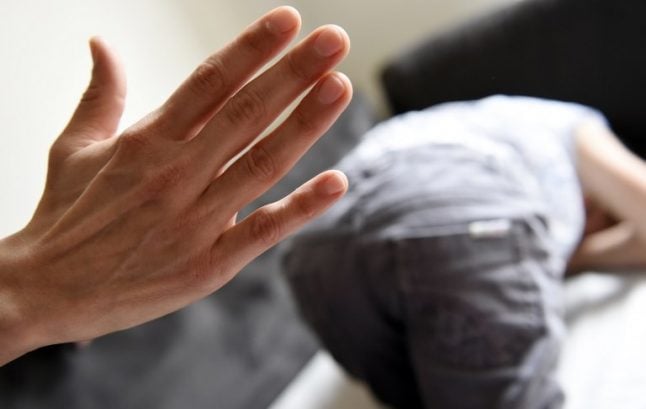