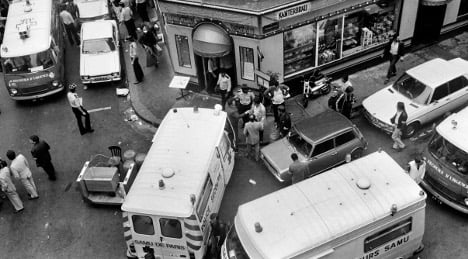 The scene after the bombing at the Chez Jo Godenberg restaurant in 1982 that left six people dead. Photo: AFP

The three suspects who live in Jordan, Norway and the West Bank were named as part of the long-running investigation into the attack on the Chez Jo Goldenberg restaurant that left six people dead and 22 injured.

The attack began around midday on August 9, 1982 when a grenade was thrown into the busy restaurant in the Marais district, a popular and largely Jewish neighbourhood in the centre of Paris.

Two men then entered the restaurant, which had around 50 customers inside, and opened fire with machine guns.

Overall, between three and five men are thought to have taken part in the attack, which was blamed on the Abu Nidal Organisation, a Palestinian militant group.

They opened fire on passers-by as they escaped down the street, using “WZ-63” Polish-made machine guns.

They have been named as Mahmoud Khader Abed Adra alias “Hicham Harb”, 59, who lives in Ramallah in the West Bank, and Walid Abdulrahman Abu Zayed, alias “Souhail Othman”, 56, in Norway.

The third man — who is alleged to have overseen the attack — has been named as Zuhair Mohamad Hassan Khalid al-Abassi, alias “Amjad Atta”, 62, who now lives in Jordan.

He is thought to have been the number three in the group's “special operations committee”.

Their warrants were issued on February 20, the judicial source said, by counter-terrorism judge Marc Trevidic who is now overseeing the investigation. The Abu Nidal Organisation, officially known as the Fatah-Revolutionary Council, was considered one of the most ruthless of the Palestinian militant groups.
Nidal died in mysterious circumstances in his Baghdad apartment in 2002 after being interrogated by Iraqi intelligence services.
The warrants for the three men were issued on February 20 by counter-terrorism judge Marc Trevidic who is now overseeing the investigation.
“This sends an extremely strong message to all terrorists, to all these murderers, that even 30 years later, we will do everything to arrest them,” said Alain Jakubowicz, head of the International League Against Racism and Anti-Semitism, a civil party in the case.
But actually bringing the men to trial “will sadly be very difficult,” said Alain Marsaud, a magistrate in Paris at the time who is now an opposition politician.
“It would be astonishing if those identified are recovered, 33 years after the fact,” he said.
The investigation has made little progress over the years. One of the few pieces of evidence was one of the guns, found in the Bois de Boulogne park on the western edge of Paris shortly after the attack.
At the time, France often suffered the spillover from the conflict in the Middle East, with numerous clashes involving Arabs and Jews on its soil.
Two years prior to the Goldenberg attack, a bomb exploded outside a Paris synagogue, killing four and wounding around 20.
In 1978, Palestinian militants opened fire on passengers at Orly airport south of the capital, targeting passengers for a flight to Tel Aviv.
Three gunmen died along with two police officers and three passengers. 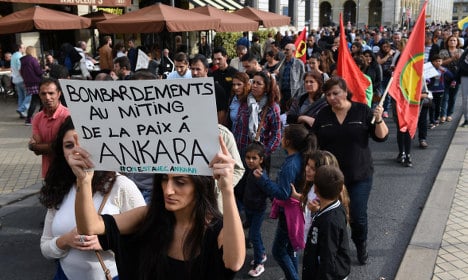 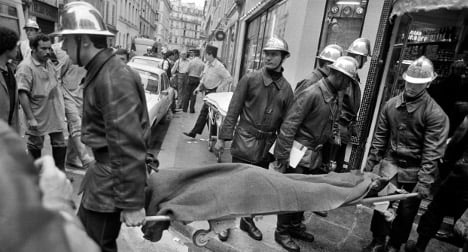