Disgruntled commuters are aiming to take Paris transport chiefs to court for the delays and disruption they face on the RER. Photo: AFP

A collective of commuters in the Paris region have launched a bid to take the capital’s transport chiefs RATP to court over the daily travel misery they say they face on RER trains.

The class action suit, which is the first of its kind involving a group of rail passengers, focuses on the problems of the RER A, the capital’s busiest line that runs from east to west and passes through the capital’s financial district of La Défense. But those behind the lawsuit say the whole network is failing the public.

Travellers on the line face regular disruption and only last month The Local reported how a wildcat strike by train drivers led to near pandemonium during rush hour.

(Commuters at St Lazare station during the RER strike)

The class action suit is being led by banker Jean-Louis Roura, who is hoping the consumer group UFC-Que Choisir will back their lawsuit, as the law requires. If that happens they may get their date in court with RATP.

A class action lawsuit allows groups of individuals to collectively sue a defendant or group of defendants, without separately having to file a case and hire a lawyer. But each one must be backed by a recognized consumer group.

Here he tells The Local exactly why he and his fellow commuters have launched the action:

“The state of the French economy is not good," he says. "People are facing difficulties finding jobs and keeping them. Today I had two messages from people who both told me they lost their jobs because they were late due to public transport problems.

“The rail transport network in the Paris region is in a state of failure and it impacts on people’s ability to find and keep jobs.

“Despite all this the government and regional authorities remain deaf to these concerns. The politicians are completely disconnected from the concerns of citizens.

“Over the last two years, the problems have increased. It’s not just the RER A, but the whole network. Trains are cancelled and services are cut or delayed. Then there are problems with trains breaking down and problems we don’t even understand. It’s a nineteenth century transport system that is not fit for the 21st century.

“Almost every day there’s a case of a driver who doesn’t turn up for work, which causes delays. If that was in any other job they would be sacked.

“The authorities talk about the project Grand Paris [the ambitious transport plan for the greater Paris region], but that won’t be until 2030 or 2050. We need a solution for the commuters today, who can’t even get to work. We are angry and there’s no response.

“The government talks about the financial district at La Défense being the biggest in Europe, but people struggle to get there on time. Ten-minute journeys are taking up to 40 minutes on a daily basis.

“The network needs massive investment. Commuters are told that works are going on but we never see any improvement.

“This is a cause that everyone is talking about. It’s on the television and in the press so that’s already a success, but now we want the politicians to wake up. There are elections coming up and they have to realize commuters are electors.

“The aim of this class action group is not to obtain money it’s just to show transport chiefs they have a problem and they need to fix it."

Does this sound familiar or are the problems on the RER exaggerated? 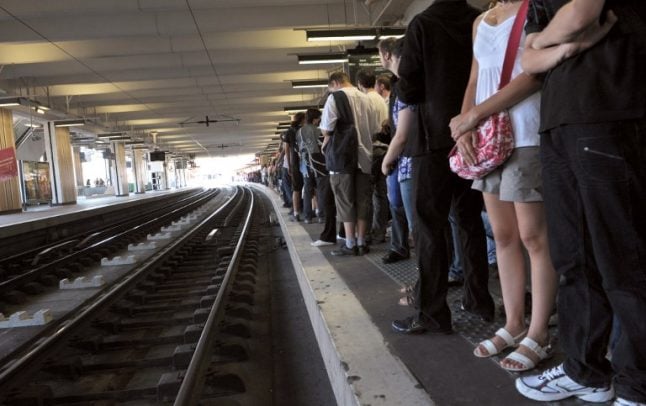 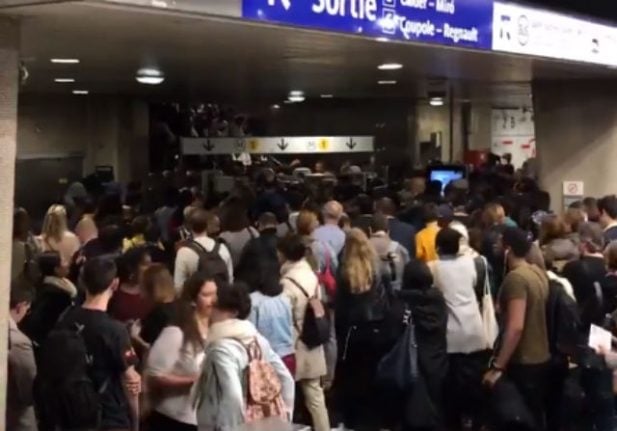 Illustration photo: AFP
It's the Paris commuter line everyone loves to hate and now it's taking even more flak after three passengers decided to start recording the sticky conditions of the trains during rush hour as the mercury continues to rise in the French capital.
“We do this morning and evening always using the same measuring device at the same stations, at the same time,” said one of the passengers behind the project who travels between Orsay-Ville in the Essonne department of Ile-de-France and Châtelet every day.
And the results, which have been posted on one of the passenger's Twitter accounts will put most people off taking the RER B, at least until things calm down a little.
On Wednesday night temperatures reached 37.1C on one train and the thermometer, which also records humidity, showed that in these conditions the temperature actually felt like 43.8C. And it's not just those travelling on RER B who are battling with the heat, with passengers on other RER lines, Transilien trains and the Metro struggling to cope in the current temperatures.
However the situation is set to slowly improve, with transport authority Île-de-France Mobilites planning for 700 new or renovated trains with ventilation systems to hit the network by 2021.
But for commuters they can't come quickly enough.
SHOW COMMENTS 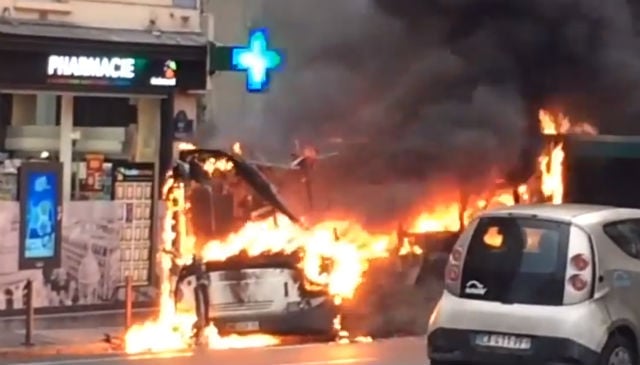 PARIS TRANSPORT
It’s not the violent protesters, so why are buses in Paris going up in flames? 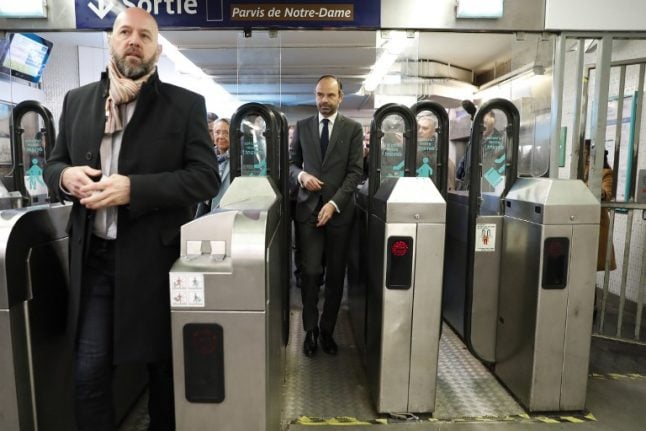