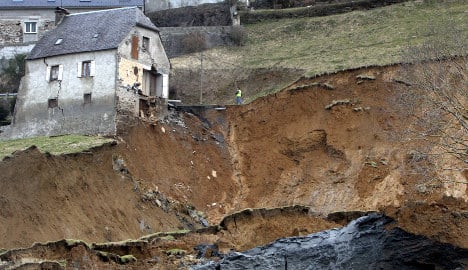 Some houses in the village of Gazost were left in a precarious position after the mudslide. Photo: Laurent Dard/AFP

For the 20 or so residents of the tiny village Gazost in the Haute-Pyrénées, the only way in or out at the weekend was by helicopter.

On Friday afternoon a barn and around 150 metres of the D7 road were wiped out in a landslide after heavy rain and snow in the region.

Luckily no one was killed, but several properties were left in a precarious position.

Two sick people had to be taken to safety by helicopter, said the local mayor Pierre Dare.

The Pyrenees have been hit by heavy snow in recent weeks, which has seen avalanche alerts in place higher in the mountains and flood warnings in the lower hills. (The hamlet of Gazost,which was cut off by a huge mudslide. Photo: Laurent Dard/AFP) 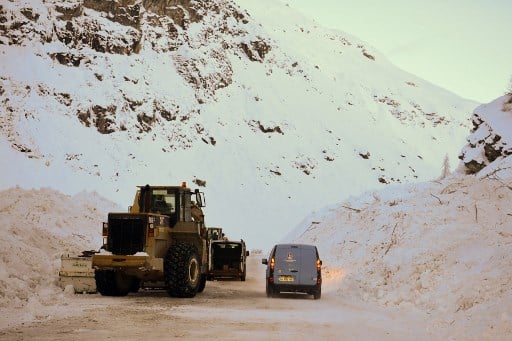 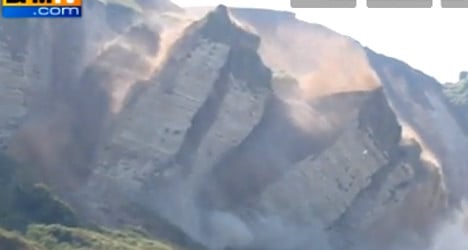