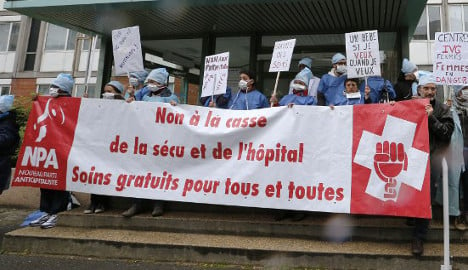 Anti-capitalists protest outside a hospital in France over proposed cuts. Photo: AFP

France’s plan to save billions on health spending has become a little clearer.

Health minister Marisol Touraine says over the next two years 22,000 jobs will not be filled once those in the roles retire or quit.

Many posts filled by temporary or contract workers are also likely to be cut.

The minister says the move would knock €860 million off the wage bill for hospital staff between now and 2017.

The French government also plans to reduce the number of nights patients who have had minor surgery spend in hospitals.

“The Health Ministry has an ambitious target of having 57 percent of operations performed on outpatients, compared to 43 percent today, and estimates that 15,000 admissions (after surgery) are “preventable’,”explained the magazine French magazine Challenges, which revealed details of the spending cuts.

The government also hopes to save €1.2billion through ensuring better deals from suppliers, partly by encouraging hospitals to join together and buy products as groups rather than individual institutions.

The government also hopes cuts in the costs of certain drugs and medical equipment will help it cut back on spending.

Details of the saving plans comes as hospital emergency wards in France have been stretched to limit by a flu epidemic that has seen over two million people affected. 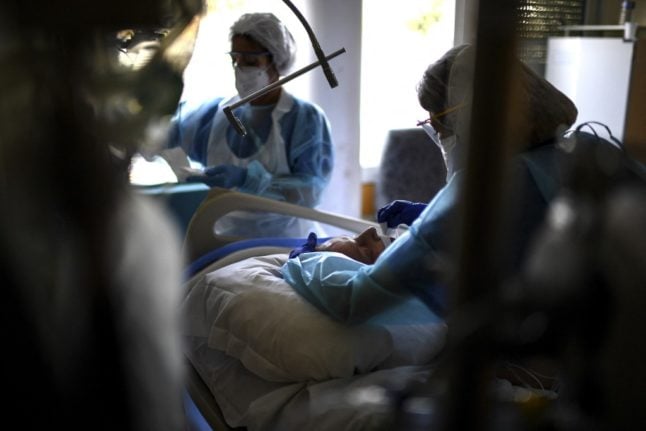 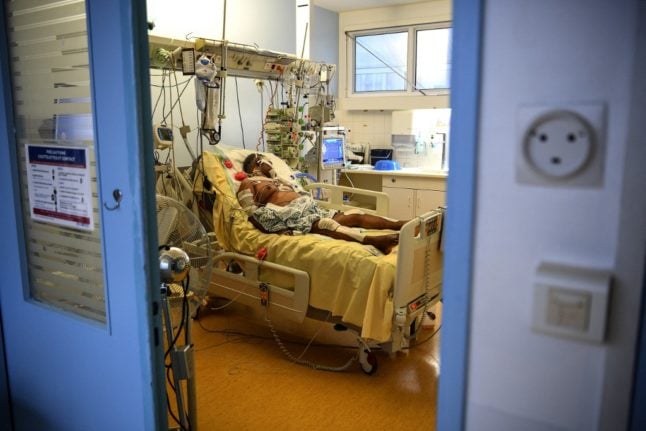 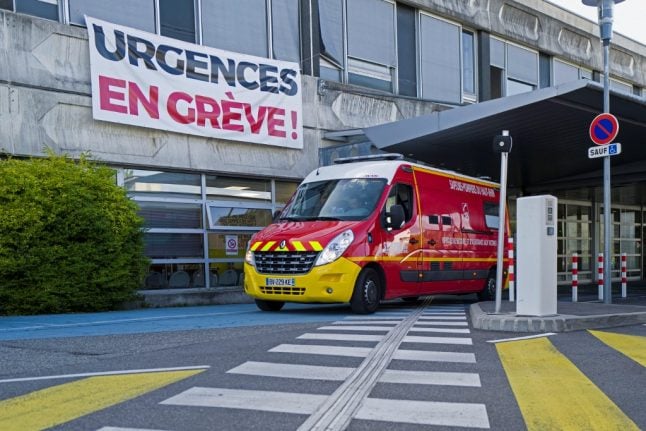 In letter addressed to the French Health Minister, 1,200 of French hospital practitioners, heads of departments and managers have said they would quit their administrative duties starting January 14th – unless the government to come up with a plan to fix the ever-deteriorating state of the country’s hospitals.

“We can't do this anymore,” said Jean-Luc Jouve, Head of Pediatric Orthopedics at the hospital Timone in Marseille to the French newspaper Libération.

“Resigning from our administrative duties is a symbolic move, but it could push the situation forward,” he said.

The move –  which French newspaper Libération calls a “historic bras-de-fer” (strong-arming) – will not affect patient care, according to the staffers.

But the act impact the country's hospital services, with those joining the walk-out refusing to participate in all activities that are part of their administrative positions.

A letter of support of those resigning has been signed by 4,894 nurses.

“We support the demand for a health service Grenelle,” the letter stated, referring to the government-led initiative last year to gather grass-roots organisations and those affected in a bid to solve the country's problem with violence against women.

“The doctors aren't asking for anything for themselves. They continue to treat patients. The population must answer their call,” the letter said.

Non-medical staff in emergency wards across the country have been staging industrial action since March to protest at the worsening conditions for both staff and patients.

By mid-November some 268 hospital emergency wards were classed as being on strike, leading to urgent operations being cancelled in hospitals across France.

Staff from doctors to carers, gynaecologists to nurses and students, all joined the walk-out in what was described as a “historic” day of action.

“The pressure-cooker is about to explode,” was how one French news website described the situation at hospitals around France last year.

“For decades, the French public hospital system has acquired a reputation for excellence and international renown, ensuring the most modern care for children and adults, that is accessible to all, as well as research and training missions,” said the statement.

“We alert you because this system is collapsing and we are no longer able to carry out our jobs in good conditions and to provide quality and safe care.”

The problems they listed were many and varied, but also very familiar: Budget cuts, slashing the number of available beds, closures of operating rooms, staff positions that remain unfilled, overworked nurses and doctors and carers suffering from exhaustion.

The result, they say, is that access to care is reduced as is the quality of treatment patients receive.

“Access to diagnostic, medical and surgical care at public hospitals is now extremely difficult, and those in charge of treatment and care are demotivated,” they said adding that waiting times for urgent treatment were lengthening. Emergency services workers hold banners reading “Hell at the hospital” and placards during a demonstration in Paris on September 11, 2019. Photo: AFP.

There were similar alarm calls raised by other health officials the same week.

Yasmina Kettal, the head of the newly fromed organisation Inter-Urgences that coordinates the protests by emergency ward staff, told Libération newspaper: “It's no longer possible, we are at breaking point.”

In Le Parisien newspaper 200 staff who work in paediatric units said in an open letter: “The crisis in public hospitals exposes children to the likelihood of worsening care to the point their lives are endangered by the lack of means”.

They described how their jobs had become more like a “war doctors”, having to decide which children they could treat, how surgery had to be delayed to deal with emergencies and how some toddlers were driven 200 km to receive the right care.

Staff at emergency wards who have been part of the growing industrial action since March have a list of demands they want met.

The map below produced by the group Inter-Urgences siows the number of hospitals hit by industrial action. Essentially they want more staff  – 10,000 more in fact – and more resources, as well as a re-evaluation of their salaries and a €300 monthly bonus in recognition of the tough conditions they face at work.

They say their working conditions are putting them under severe strain and are putting patients in danger. They also demand the beds and wards that have been closed in recent years be reopened.
In an attempt to calm the anger of hospital staff, Agnès Buzyn had previously promised €70 million of aid, including €55 million dedicated to the payment of a monthly risk premium of €100 for staff, but unions say they have seen none of this and it's not enough.
In November French government spokesman Sibeth Ndiaye told members of  Anglo American Press Association including The Local, that while she had sympathy for the striking medics, she believed this was not the way to go about raising questions about the French health service.
She said: “President Macron does not want to make small changes and put small amounts of extra money into the system, but instead we need systemic reform.
“The system is not set up to deal with chronic conditions such as diabetes and an ageing population. We have an ageing population and more long term illnesses so we need systemic reform to provide more medical services in the community and less hospital care.
She acknowledged that there were medical professionals who were working in conditions that are “not good”.
But it may not be enough to quell the revolt, let alone restore the falling reputation of France's health service.
SHOW COMMENTS 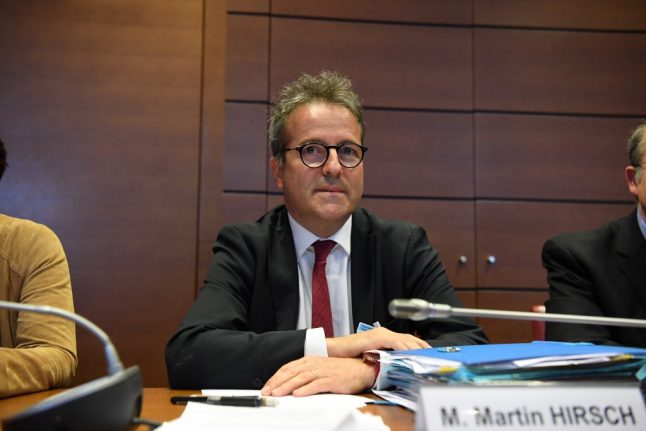 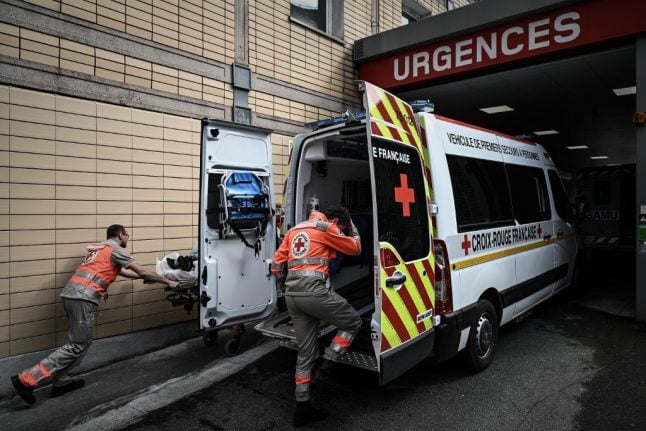