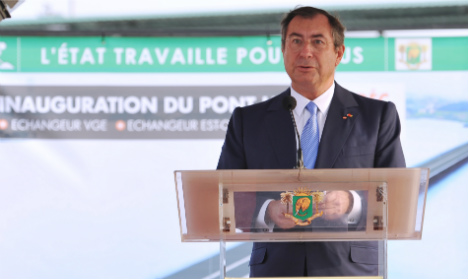 "We take this incident very seriously and are carrying out an investigation among editorial staff to understand how such an error could have been made," AFP's global news director Michele Leridon said.

"We offer our humblest apologies to Martin Bouygues, his loved ones, his group and all our clients," she added.

The error arose from a misunderstanding between a village mayor and an AFP journalist who was following up a tip-off that Bouygues had died. AFP immediately withdrew its erroneous report when the mistake was realized.

AFP chairman and chief executive Emmanuel Hoog also apologised, in a tweet, to Bouygues and his family for the "unacceptable error".

The conglomerate earlier issued a statement denying that the tycoon had died.

"Bouygues categorically denies that its chairman and CEO Martin Bouygues has died and deeply regrets that such a rumour has been allowed to spread," the group said in a statement.

The TF1 television channel, which is owned by Bouygues, also denied the 62-year-old businessman's death.