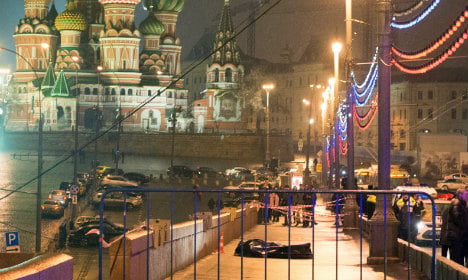 In the first European reaction after the 55-year-old former deputy prime minister was gunned down in Moscow late Friday, Hollande called it a "hateful murder".

The outspoken critic of Russia's involvement in Ukraine was "a courageous and tireless defender of democracy who was committed to the fight against corruption," the president's office said in a statement.

US President Barack Obama on Friday led condemnation of the "brutal" and "vicious murder" of Nemtsov,  whom he had met on a visit to Moscow, and called on Moscow to conduct an impartial probe.

President Vladimir Putin's spokesman Dmitry Peskov said the murder bore "the hallmarks of a contract killing" and described it as a provocation.