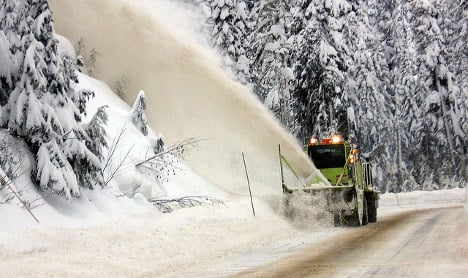 A woman has died in the Pyrenees after apparently being sucked into a snow blower. Photo: Msdot/flickr

The body of the woman, aged in her 20s, was found early on Friday morning at the ski resort of Les Angles in the Pyrénées.

A fleet of vehicles had been sent out to clear the roads of the ski resort in the early hours of the morning.

A driver of one of the snow blowers, a kind of snow plough (see picture), made the macabre discovery when he realized his machine wasn’t working properly, reported local news outlet France Bleu Roussillon.

He immediately called emergency services who confirmed the woman was dead.

It is believed she may have been hit by the snow blower before being sucked into the machine, but the local police are also looking at the possibility she may already have been lying in the snow dead.

The woman’s identity or nationality has not been revealed but it is believed she was a seasonal worker at the ski resort.

The mayor of Les Anges Michel Poudade told France Bleu Roussillon: "The driver is not doing well. He feels terrible. It's a dreadful incident".

The Pyrénées has been hit by heavy snow falls in recent days, with many ski stations closed and roads into the mountains blocked.

The area has been on high alert due to the risk of avalanches.