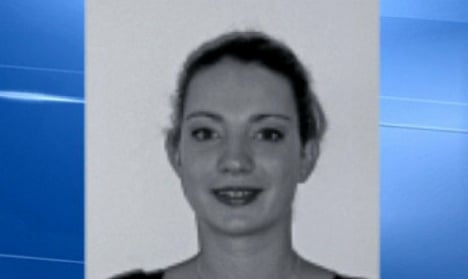 Isabelle Prime, who has been taken hostage in Yemen. Photo: Screengrab/ BFM TV

France revealed on Tuesday that a  30-year-old woman working for the World Bank was kidnapped by unidentified gunmen in the Yemeni capital and again urged its citizens to quickly leave the country.

The woman, named Isabelle Prime, was abducted on the way to work, reported French channel BFM TV. She was taken by six men dressed as policemen, while her driver escaped.

In a statement sent to AFP on Thursday, Jean-Noel Prime, the father of the kidnapped woman said: "We face up to this challenge with confidence, and we are staying close to the French authorities with whom we are in permanent contact and who we know are determined to see our daughter set free."

"Isabelle loved Yemen and wished to continue her work even in difficult conditions," said Jean-Noel Prime.
He described his daughter's work as "social and for the benefit of Yemen's people".
"I have been living a nightmare for the past two days," he told AFP by phone.
Isabelle Prime herself was well aware of the danger of the area, telling a French newspaper last year: "Yemen is not a country at war, but there is a constant risk of attack, so we need to have armed guards."

French President François Hollande called for the woman to be released "as soon as possible", adding that authorities were working to locate her.

A number of Western nationals have been taken hostage in Yemen in recent years. In December, US journalist Luke Somers and South African teacher Pierre Korkie were killed by Al-Qaeda militants in the southern Shabwa region during a failed US-Yemeni rescue bid.